There’s no doubt the U.S. power grid is undergoing a fundamental transformation. Wind turbines and solar panels are achieving greater prominence. And a “deep electrification” of the U.S. economy could be on the horizon, thanks to the growing use of heat pumps and electric vehicles.

The question, however, is whether such rapid change could threaten the affordability and reliability of America’s electric grid. In 2018, Americans consumed more than 4 trillion kilowatt hours of electricity. Coal and nuclear power plants provided 47 percent of it. Natural gas delivered 35 percent. And wind and solar generated 8.2 percent. In this changing energy landscape, states are establishing new targets for renewable energy and also adopting a greater reliance on natural gas.

Such energy diversity is a worthwhile goal. But there may be practical limitations.

Take Texas. The Lone Star State has been closing coal-fired power plants in recent years. It retired 5,000 megawatts of coal-fired generation in 2018 alone. At the same time, Texas has invested heavily in wind power, with wind turbines producing roughly 14 percent of the state’s electricity in 2017.

Rapidly shifting away from coal has trimmed Texas’ reserve power margin. The North American Electric Reliability Corporation reportsthat Texas faces a thin reserve margin of 8.5 percent this summer to handle peak electricity demand. That’s significantly below the target level of 13.75 percent. NERC CEO Jim Robb recently told industry analysts that backup power reserves in Texas are stretched to the limit and there’s “no way in hell they can keep the lights on.”

It’s not just Texas. California’s power grid is strained, too. Amidst a shift to solar power, the state’s natural-gas supplies have been limited by leaks at the Aliso Canyon gas storage facility and a 2017 pipeline explosion.

New England is also facing challenges. After shutting down coal plants in favor of natural gas, New England is now confronting a lack of sufficient gas supplies. The region isn’t currently planning to build new gas pipelines, however. And grid operator ISO New England is worried that, in the coming winter, heavy home heating demand could leave insufficient gas for electricity generation. That’s exactly what hit Rhode Island last January when thousands of state residents were left without service due to low system pressure and a lack of transmission supply.

ISO New England is so concerned about these limited natural-gas supplies that it recently unveiled a new “fuel security” plan to address grid stress.

The ISO New England blueprint offers a cautionary note for other states looking to embrace a new energy mix. It notes that natural gas “has displaced oil and coal” at a time when “solar grows steadily.” But problems have arisen because “natural-gas generation is severely limited due to infrastructure constraints.” And, “Renewable energy output can be highly variable.”

These are just some of the hurdles that states must overcome if they are determined to abandon coal and nuclear power in favor of natural gas and renewables. Even New York City is learning this, now that its utilities are refusing new gas customers because of limited pipeline capacity.

States must consider whether plans for greater reliance on natural gas, wind, and solar can still ensure sturdy, affordable electricity generation. Wherever electricity comes from, it must be able to keep the lights on year-round.

When Down is Up 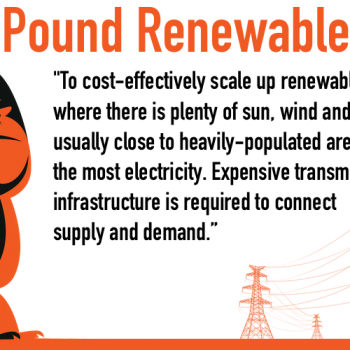 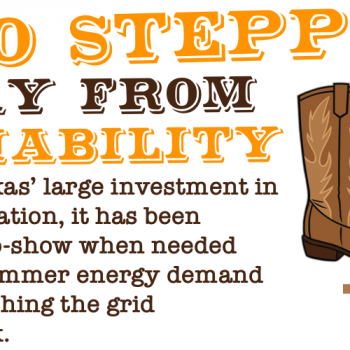