The Trump administration is supporting clean energy policies to reduce air and water pollution, while critics claim these initiatives cannot be legitimized without embracing the recently released National Climate Assessment.

In the Washington Post’s forum The Energy 202 last week, acting administrator of the U.S. Environmental Protection Agency Andrew Wheeler said he had not fully read the climate assessment, a report which says that climate change could shrink the U.S. economy by 10 percent.

“It’s important to recognize that the majority of that report was written in 2016,” Wheeler told Post reporter Juliet Eilperin, implying that the data was politically driven under the Obama Administration.
He added that there was emphasis by the media “on the worst-case scenario of the report.”

Along the same vein, the United States is withdrawing from the Paris Climate Agreement. Wheeler told Eilperin that it’s important to remain part of the conversation by still participating in the UN Climate Conference when other countries want to negotiate the treaty.

As for domestic environmental policy, Wheeler said that the Trump administration is moving forward on updating the Lead and Copper Rule, which limits the concentration of lead and copper allowed in public drinking water and has not been updated in 20 years.

“One third of NOx emissions will be coming from heavy duty trucks, and we want to make sure those reductions will help areas around the country reach attainment,” Wheeler said.

Wheeler’s interview was followed by a conversation with California Attorney General Xavier Becerra. California has sued the Trump administration more than three dozen times, and in May, Becerra led a coalition of 17 states in suing the EPA alleging “it violated the federal Clean Air Act by rolling back a requirement that cars average nearly 55 miles per gallon by 2025,” the Los Angeles Times reported.

“The lawsuits that we filed are being validated in court,” Becerra told the Post’s Brady Dennis.
He added that for clean car standards, “we think we have a strong case.”

Due to long-standing precedence, California can ask the EPA administrator for “a waiver to restrict tailpipe pollution more stringently than the federal government. If its proposed rules are ‘at least as protective of public health and welfare’ as the EPA’s, then the administrator must grant the waiver,” The Atlantic reported last year.

The government has granted dozens of waivers to California, and these waivers have never been overturned. Now the Trump Administration wants to remove the state’s ability to set its own standards, Becerra said.

He is confident that California will prevail. “The courts have been punishing this administration quite a bit,” Becerra said.

Alternative Energy
Experts from the renewable energy, nuclear, and coal sectors continued the conversation during the forum focused on climate change.

Abigail Ross Hopper is the President and CEO of the Solar Energy Industries Association, the national trade organization for America’s solar energy industries. She expressed concern that the recent worldwide tariff on imported solar panels and modules was an ill-advised tool to increase domestic production, she explained.

“We have tariffs on our products that are basically just added costs to consumers and it’s not having the desired effect,” Hopper said. “So, projects are being canceled. Investment isn’t happening and there’s not sufficient domestic manufacturing existing or being created to solve that and so that’s our real challenge … because the means are not justifying the ends by any means.”

Maria Korsnick, president and CEO at the Nuclear Energy Institute, spoke of the importance of nuclear power as part of the equation that addresses climate change. She cited a report by the Union of Concerned Scientists that advocates that nuclear power should be part of the clean energy solution. A summary of the organization’s Nuclear Power Dilemma (2018) says that, “financial support for nuclear plants should be conditioned on consumer protection, safety requirements, and investments in renewables and energy efficiency.”

The future of nuclear power may be more geographically ubiquitous in this country, as Korsnick intimated that microreactors are the future of the nuclear industry and that in five to seven years we will see a transformative design of these plants.

When asked about whether Americans should be concerned about a Fukushima Daiichi nuclear disaster-like event happening in the United States, Korsnick said, “the United States brought nuclear power to the world and operates it better than anywhere in the world.”

Hal Quinn, president and CEO of the National Mining Association, is advocating that the coal industry receives tax credits to retrofit aging plants and invest in clean coal technology. These investments, including those for other industries, like renewables, might not happen systematically, he said.

“We’re either going to end up with a patchwork solution by states or a more elegant national one,” Quinn said.

A patchwork is already happening as some energy companies have more progressive policies for climate change solutions at a state-by-state level. Leaders at Exelon Corp., the largest regulated utility in the United States, said their company is working with some states to put together innovation funds to explore public transportation infrastructure, including the electrification of state and private transportation fleets.

“I have never been as optimistic as I am now,” said Kathleen L. Barrón, senior vice president, Government and Regulatory Affairs and Public Policy for Exelon Corporation. “Our fleet of power plants is the least carbon intensive of any other in the U.S.” 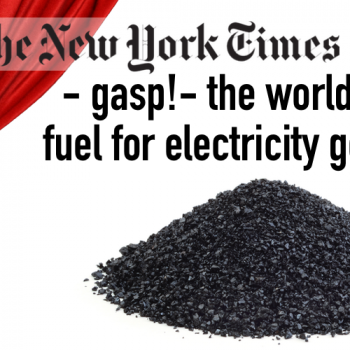