The global energy crisis —driven by a warring Russia cutting oil and gas to western Europe — continues to batter energy markets and American families’ budgets. U.S. natural gas prices, which had been extraordinarily low for a decade, have doubled this year — and quadrupled since the start of the pandemic, even reaching 14-year highs in August.

As natural gas prices go, so goes electricity. Natural gas is used to generate nearly 40% of America’s power, the largest share of U.S. electricity. The U.S. consumer-price index for electricity in August climbed 15.8% from August 2021, the biggest such 12-month increase in 40 years. In states where natural gas accounts for far more than 40% of power — such as in New England and New York — wholesale electricity prices are soaring even higher. They’re projected to jump 96% and 124%, respectively, by year’s end.

Consumers are going to feel this surge in gas prices in ways they haven’t before. The U.S. has fumbled away much of the fuel diversity that was once the hallmark of our electricity mix. As regulatory pressures and clean energy mandates have pushed half of the U.S. coal fleet into retirement, many utilities no longer have the optionality to turn to a different fuel when gas prices spike.

In the past, as the price of gas would rise, the coal fleet could be used to act as an affordability barrier, ramping up production and shielding consumers from higher prices. With that shield either weakened — or gone in some regions — consumers are destined to take soaring natural gas prices on the chin.

Today’s lack of balance is a policy failure that we must learn from. The race to shutter America’s coal fleet before reliable, affordable alternatives are in place has left the nation perilously dependent on an overstretched natural gas system — and at the mercy of natural gas prices.

While natural gas was supposed to be a bridge to the future, we’re stuck on that bridge and paying the price. The better approach — one we can still take — is to open new lanes across the bridge for a balanced fuel mix. Natural gas, coal, and nuclear power are all critically needed to provide stability and fuel diversity until such time as emerging technologies can reliably shoulder some of the load.

Despite this need for balance, we’re actively undermining it. The U.S. Environmental Protection Agency is pursuing a suite of regulations with the sole intent of forcing accelerated coal plant closures. It’s a policy alarmingly detached from global events and consumer needs. Singular focus on reducing carbon emissions has relegated electricity affordability and even grid reliability to the backseat. Consumers are paying the price for our energy policy missteps. Now is the time for Congress to insist on a policy pivot to head off an energy crisis that has the potential to be of unprecedented magnitude.

Energy price volatility has no end in sight. What America needs is an energy policy that insulates consumers from soaring prices and accepts the limits of integrating intermittent wind and solar power. This is the blueprint that will ensure we have an affordable and reliable supply of power as we navigate to the future. 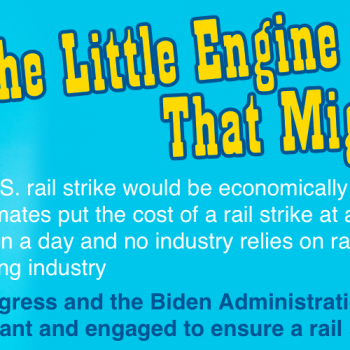 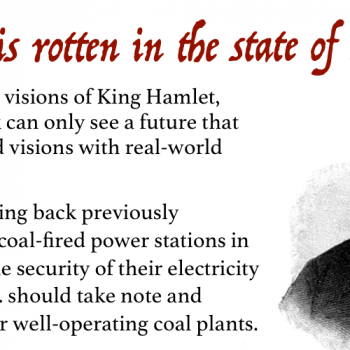