The energy crisis in Europe keeps getting worse. Months of warnings are now becoming grim reality. European power prices are now equivalent to more than $1,000 per barrel of oil. The price of natural gas is 13 times its normal seasonal price. As winter draws nearer, so does the pain of crushing energy costs.

Britain is in particularly bad shape. Forecasters expect average annual electricity and natural gas bills to exceed £4,000 ($4,820) in January and £5,000 ($6,000) later in the spring, up from about £2,000 ($2,400) currently. They were just $1,200£ earlier this year. The UK National Health Service warned recently of a “humanitarian crisis” from the surge in prices with millions potentially forced into poverty.

While Russia’s invasion of Ukraine and the drop in Russian gas exports to Europe are driving the crisis, Britain’s energy policy failures deserve much of the blame. The UK bet the house on natural gas as a bridge to its energy future and is now painfully exposed in an extraordinary moment.

In 2012, the UK met 40% of its power demand with coal generation and just 25% with natural gas. Self-imposed emissions reduction targets saw Britain close its coal fleet and lean into reliance on a regional gas market dominated by Vladimir Putin. Today, Britain relies on gas to meet more than 40% of its power demand and 80% of heating needs. The Brits have no choice but to take the crisis on the chin.

Drastic measures to cut gas consumption across Western Europe are often leaning on coal. France, Italy, Austria and the Netherlands have all announced plans to reactivate shuttered coal power plants. Germany is in fact allowing 21 coal plants to restart or work past planned closing dates and is prioritizing coal trains over passenger traffic to ensure plants can get the fuel they need. Leading energy experts have concluded that turning to coal is the single most impactful thing Europe can do to immediately replace Russian gas.

A Lesson for U.S. Policymakers

Europe is providing a painful reminder of the necessity of not neglecting energy security underpinned by dispatchable fuel diversity. It’s a lesson the U.S. must learn and act on before it’s too late—in some regions of the U.S. it already is.

For the second time in a matter of weeks, U.S. natural gas prices jumped above $10 per million British thermal units (MMBtu), once again hitting a 14-year high. Dirt-cheap natural gas – under $2/ MMBtu as recently as the fall of 2020 – is a distant memory. The U.S. is now settling into a new normal of far more expensive energy.

Electricity and natural gas prices in the U.S. are on an upward march, boosting stubbornly high inflation. While there’s no quick fix to soaring prices, the U.S. must choose very carefully to ensure we don’t make a bad situation far worse.

As we have hopefully learned from Europe, there is no replacement for fuel diversity. Navigating this global energy crisis and getting to our energy future reliably and affordably will require the U.S. coal fleet. Coal generation continues to provide nearly a quarter of the nation’s power and far more in many states. Those plants – squarely in the crosshairs of a new U.S. Environmental Protection Agency regulatory push – must not be prematurely forced off the grid. The U.S. needs robust reserve margins, fuel security and dispatchable fuel diversity.

As power prices soar on the back of the natural gas price surge, regulators, policymakers and utilities must recognize the coal fleet as an invaluable affordability hedge – a price shock absorber – that we can’t afford to push aside. 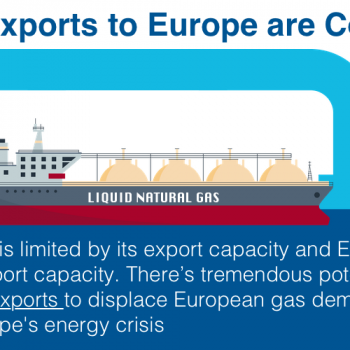