Via The Casper Star Tribune:

Americans have their hands full right now. The COVID pandemic has made a major resurgence. And at the same time, inflation just hit 7% — the highest rate in 40 years.

Some of the toughest increases are happening in energy costs. In December, gasoline prices were up roughly 50% from a year ago. And the price of natural gas nearly doubled in 2021, driving up heating costs and power bills.

As bad as things are, they could be worse. Energy prices in Europe have exploded, and European households are now paying 54 percent more for their electricity than two years ago — even with aggressive government assistance to reduce costs. Essentially, the pain felt across the Atlantic might be a preview for what’s coming in the U.S., if we don’t make an energy policy course correction.

Europe’s energy crisis can largely be attributed to a bungled approach to the renewable energy transition — with “decarbonization” goals overwhelming considerations for energy security and affordability. Well-operating coal and nuclear power plants have been closed across the continent, and at the same time investment in new natural gas production hasn’t kept pace with demand. Europe’s all-in pivot to renewable power — and away from a balanced, on-demand energy mix — has left it painfully vulnerable to spiking natural gas prices and Vladimir Putin’s willingness to sell Russian gas.

Without the dispatchable fuel diversity it once had, Europe has no safety valve when natural gas prices soar and renewable power won’t cooperate. There’s simply no alternative available when the wind won’t blow or cloudy skies curtail solar power. In those instances of a winter freeze, limited natural gas supplies, and exorbitant prices, the optionality and fuel security provided by a now-dismantled coal fleet is deeply missed.

In comparison, the United States still has a significant coal fleet to take pressure off consumers. And in markets where coal still remains an option, coal plants have picked up market share and helped to keep power prices in check by reducing dependence on higher-priced natural gas.

However, in states that have followed Europe’s lead — and rushed to close coal plants — consumers are paying the price. New England, for example, is facing a 30% hike in electricity costs due to the jump in natural gas prices. And consumers are now on alert to conserve power since the region’s grid operator is warning of potential outages during a prolonged cold spell.

The return of energy-driven inflation and the European energy crisis are stark reminders that the global energy transition could take a very perilous road if we don’t recognize the value of a balanced energy mix. Americans need fuel diversity to ensure that consumers will be shielded from price spikes, fuel shortages, and underperforming renewable power generation. Maintaining fuel diversity means recognizing the coal fleet while there’s still time — as an invaluable and affordable insurance policy that must be retained for American consumers and our economic recovery.

Did We Learn Anything from Texas? 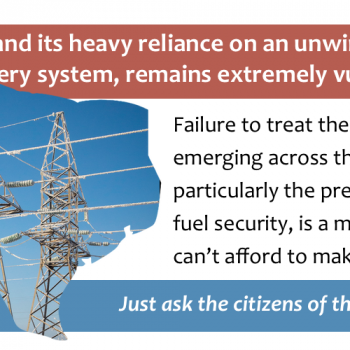 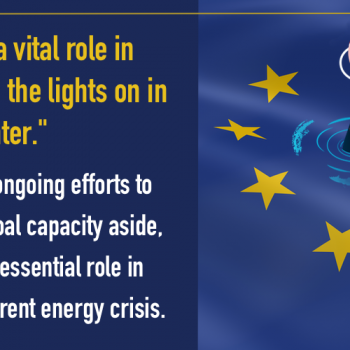