We now know that the rolling blackouts that gripped California last summer weren’t an anomaly. They were, in fact, a preview of a reliability crisis that has grown to stretch across the Western grid.

The Western Electricity Coordinating Council (WECC) is warning that the West simply doesn’t have enough power supply to meet a region-wide period of high demand this summer. States are likely at risk of blackouts for days or even months. It’s a shocking warning but it shouldn’t be surprising considering how much baseload generation has been pushed off the grid in favor of less reliable alternatives.

A feature of the energy transition is a new willingness by states and grid operators to ensure grid reliability by leaning on imports of power to balance demand should the weather not cooperate or demand soar above the available local supply of generation. This new system operates on the assumption that states experiencing a deficit will always be able to import power from neighboring states – which might not always be the case. If there’s no power to import from neighbors, there’s simply no power.

A heat wave that blankets multiple states all at once – just like the one last year that kicked off California’s blackouts – could wreak havoc across the grid. With drought conditions already covering much of the West, hydro generation diminished, and ever-greater reliance on intermittent renewable power, it’s increasingly likely the Western grid simply won’t be able to keep up with demand.

WECC now notes that not a single one of its subregions generates enough power to provide sufficient supply during periods of high demand; every single region relies on imports to fill the gaps and avoid blackouts.

As Bloomberg reported, traders are already betting on supply shortages and sending power prices soaring. At one Western hub, electricity prices have nearly quadrupled since last summer’s blackouts. “We are already seeing record-breaking prices across the West, some of which can be attributed to a fear factor being priced in,” said JP McMahon, a market analyst for Wood Mackenzie.

While traders scramble for available supply, consumers have been left paying more than ever for an electricity system that appears less reliable by the month. Electricity prices in California averaged 18.55 cents/kWh in 2020 – fully 70% higher than the national average.

Loretta Lynch, who served as Public Utilities Commission president for California during the 2000-01 energy crisis told Politico to expect even more pain for consumers. “We’re going to have extraordinary rates,” she said. And Californians are likely to have these extraordinary rates while facing more blackouts.

Lessons to be Learned
It has long been California’s ambition to be an energy trailblazer. And in deeply conflicting ways, it’s succeeding. California’s path has been the model for those pushing hardest for an accelerated energy transition. And for those appalled by the reliability crisis and soaring electricity prices, California and its neighbors on the Western grid have blazed a trail best avoided.

Mike Florio, who used to sit on the board of California’s grid operator, told Bloomberg that other states can learn from the West’s crisis. “We forget that we’re still learning a lot about how to run a system like this. We probably want to keep our existing gas capacity, at least in reserve. It may be used less, but something that’s already built is cheap insurance.”

And that already built cheap insurance need not be limited to gas capacity. In California it’s the only dispatchable capacity left, but for many states that cheap insurance policy – the one that already has come to the rescue during winter weather when gas couldn’t – is fuel-secure, coal power. The coal fleet, which is expected to provide a quarter of the nation’s electricity this year, remains an invaluable buffer to balance the apparently endemic chaos that accompanies increased integration of renewables.

A balanced electricity mix that properly values existing, dispatchable capacity is the bridge to the future. Even as we add new sources of renewable power, it’s increasingly clear we should be in no rush to dismantle the energy sources that currently underpin our energy system, especially with soaring electricity demand from electric vehicles now on the horizon. The path forward can’t be a more expensive, less reliable supply of power. If the West’s perilous summer is a preview for what the rest of the nation can expect, it’s time for a detour. 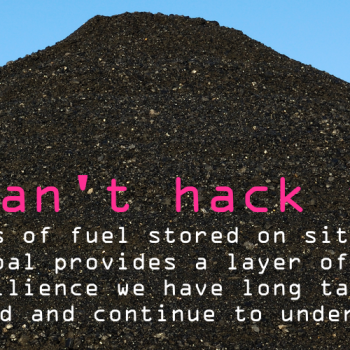 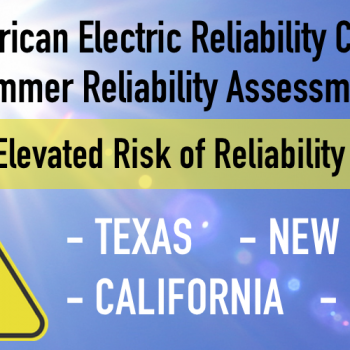