Just weeks after the February power disaster that left more than 130 dead, thousands homeless and put 70% of the state in the dark, the Electric Reliability Council of Texas (ERCOT) came stunningly close to declaring another grid emergency on Tuesday. On a relatively mild day – no deep freeze nor roasting summer heat – electricity demand nearly eclipsed supply.

Electricity prices in Texas soared to their cap. Power conservation pleas went out to consumers. It was the worst kind of déjà vu for a state still reeling from February’s nightmare.

This near catastrophe came as about 25% of the state’s generating capacity was off-line for maintenance following February’s freeze and in anticipation of soaring demand and tough operating conditions during summer months. Warmer than forecasted weather sent electricity demand higher than ERCOT expected and cloudy conditions coupled with lower wind speeds sapped renewable power. None of these conditions should have pushed the grid to the brink of an emergency. But ERCOT’s problems are real and deep and have experts scared for what’s to come this summer when electricity demand soars.

This is a story of market failure and inadequate cost recovery for the resources that underpin reliability. Ed Hirs, Energy Fellow at the University of Houston, and a long-time critic of ERCOT’s market design, said “we have been expecting maintenance problems to show up, we have been expecting a lack of new generation capacity really for years – the miracle is it’s gone as far as it has.”

In 2019, Hirs wrote, “The Texas electricity market is rife with market manipulation and major disincentives for generators to maintain a reliable supply of power.” Rock-bottom electricity prices on most days have starved the very power plants expected to ensure reliable power of the revenue they need to make capital investments or to continue operations at all. More than 5,000 MW of dearly missed coal capacity has been forced into early retirement in Texas over the past few years with even more losses on the horizon. Of course, it was weatherized coal capacity that proved a reliability lifesaver in surrounding grids as Texas went dark this February.

Bud Weinstein, the recently retired associate director of the Maguire Energy Institute at Southern Methodist University in Dallas, explained in a recent op-ed that what Texas needs – and what other grids need – is a capacity payment to ensure baseload power plants are properly compensated for the insurance they bring to the grid. He wrote, “For too long we’ve taken for granted the balance, fuel security, and reliability assured by a power mix that relies heavily on base-load generation. To keep base-load in the mix, and to encourage new investment in generation, we need a pricing system that recognizes the value of coal and nuclear facilities in providing grid security and an adequate reserve margin.” He concluded, “to keep our power grids agile and reliable, nuclear, coal, natural gas, solar, and wind will all be required—at least until something better comes along.”

And something better hasn’t. An unnerving and growing fear is that Texas’ stunning reliability challenges are a preview of what’s to come as the energy transition accelerates. Wind and solar power now dominate new additions to the grid – often pushing aside baseload plants – meaning even more is being asked of remaining dispatchable generation to backstop reliability despite these plants not being properly compensated for their critical role.

If the reliable unreliability of weather-dependent renewable power is a given, we must reshape markets to ensure enough capacity – and the right capacity – is available when it’s needed most.

We can’t wait to let the reliability crises that have gripped Texas and California over the past year become a new normal across the country. As Rich Nolan, the National Mining Association’s president and CEO, recently wrote, “We now find ourselves in a dangerous energy no-man’s land where the energy sources that underpin energy reliability and affordability are being pushed aside before new solutions to manage the transition are available or in place.” He concluded, “Clear-eyed understanding of the realities of our grid and the limits of today’s technologies should inform the energy road ahead, not arbitrary timelines and targets.” 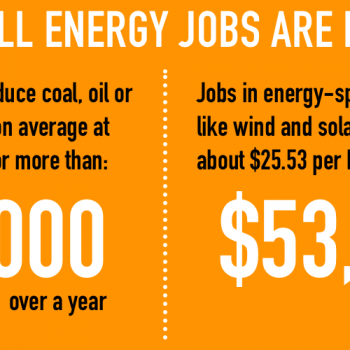 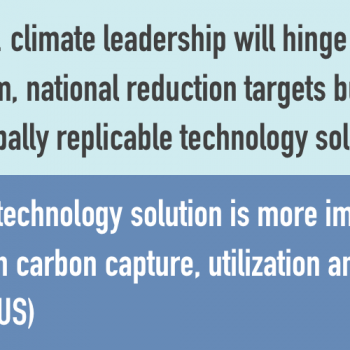