Despite ongoing insistence that the fuel security, balance and reliability offered by coal can be easily replaced, mounting evidence points to just the opposite.

In states and grids across the U.S., blackouts, near-misses and troubling warnings have become all too common. California suffered rolling blackouts this summer, Texas has stumbled from one near-miss and capacity crisis to another, and grid operators with territory stretching from the Midwest to New England warn of mounting fuel security crises. The pivot away from baseload power is creating the same challenges overseas. Britain’s grid is dancing with the threat of blackouts and Japan simply can’t keep up with demand.

As the Financial Times reported, Japanese electricity prices have soared to all-time highs in the midst of a cold snap and a run on imported LNG, raising fears of blackouts. Power companies are begging customers to cut demand as the electricity system hit 99 percent of its maximum capacity in parts of the country on Tuesday.

Japan’s capacity crisis comes just two months after it announced its intention to become carbon neutral by 2050. While soaring LNG prices have received much of the attention during the crisis, the Financial Times reported that “[the Japanese power industry] pointedly noted that generation from solar panels has been very low and is not expected to recover in the coming days.”

Japan’s struggle to manage the grid and the shift towards greater reliance on intermittent sources of power is playing out in much the same way on the other side of the world.

For the fourth time this winter Britain’s grid operator has warned that the buffer needed to ensure security of supply and keep the lights on is too small. As Bloomberg reported, “while the U.K. has made swift progress on switching from fossil fuels to renewables, this is the downside…. when the wind doesn’t blow, cold weather boosts demand and several nuclear plants are offline the grid operator is left scrambling to avoid blackouts.” In a tweet, Bloomberg’s chief energy correspondent noted what has come to the rescue, writing that the U.K. is now using more coal than it has in two years to keep the lights on.

Again and again, experience is showing that while renewable energy deployment is growing more ambitious, the nations and U.S. states leading the pivot away from fuel-secure baseload generation are struggling.

Germany’s struggles with weather-dependent resources and it’s Energiewende have become the stuff of legend. The dark doldrums, or dunkelflauten, as the Germans call the periods of uncooperative weather that see solar and wind generation collapse, are a universal problem.

As a California assemblyman said this past summer at a hearing on California’s rolling blackouts, “today we have a grid that is increasingly expensive, unreliable and unavailable when the people of California need it the most.” He could well have been speaking for the citizens of Texas, the U.K., Japan or Germany.

In just a week, the Biden administration will take the wheel and begin rolling out its agenda. With economic recovery at the top of the list, some well-founded humility concerning energy policy is in order.

The last thing American consumers want or need is a grid that is increasingly expensive, unreliable and unavailable. Smart energy policy won’t push a one-size fits all approach; what’s palatable or viable in one state can be economically ruinous in another.

Acknowledging and better valuing the strengths of the energy mix and grid we do have would be a valuable first step in charting a responsible energy path forward that can help underpin recovery, not jeopardize it. Americans want an affordable, no-regrets electricity system. The existing coal fleet continues to play an unheralded but essential role in providing it. 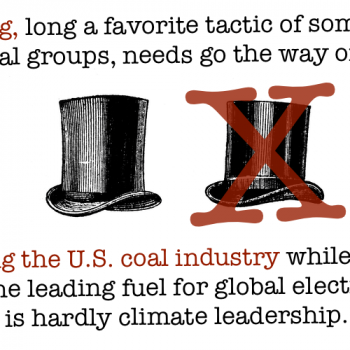