A fascinating thing is happening. While renewable energy and climate policy ambitions are growing more aggressive, the few nations trying to rapidly pivot away from coal, natural gas and nuclear power are struggling. There seems to be a growing disconnect between data and experience, and the energy vision touted by climate hawks.

Germany – with its exorbitantly expensive and rocky attempt at an energy transition – is a telling case study. As a recent piece in Scientific American described, “Renewable energy provided about 40 percent of Germany’s electricity in 2018, though with huge fluctuation. During certain days, wind and solar generated more than 75 percent of the country’s power; on other days, the share dropped to 15 percent.”

These massive fluctuations in generation from wind and solar have to be carefully managed by grid operators, requiring coal and natural gas generation to fill the gaps and ensure the grid doesn’t collapse when wind and solar power are no-shows.

These gaps, when the sun isn’t shining or the wind doesn’t blow, have become such a common problem and such a difficult one to manage, the Germans have invented a new word for them: dunkelflauten, or “dark doldrums.”

While renewable advocates like to suggest these doldrums can just be modeled out, addressed with a new super grid (that doesn’t exist) or claim that they last but a few hours, they are an immense hurdle that can last weeks at a time.

In fact, according to a study of weather in the U.S. and Germany, these dunkelflauten can last for as long as two weeks. Research from the Energy Futures Initiative, a think-tank led by former Energy Secretary Ernie Moniz, found that in 2017 California went 90 days with little or no wind generation. This included several gaps when wind generation wasn’t available for multiple days.

These dark and windless doldrums aren’t a cursory issue. They are the very reason that integrating wind and solar power is only going to get more difficult and more costly, not less.  With a relatively modest amount of renewable power on the grid, Germany, Britain, California and even Texas have all struggled at one time or another managing the shift away from firm generation to increased reliance on variable capacity.

Germany is home to the most expensive electricity in the world and on three different occasions last June barely averted blackouts. Britain has seen blackouts, and consumers are groaning under rising energy prices. California has some of the highest electricity prices in the country, and its solar capacity is producing too much electricity when it’s not needed, only leading to an ever-steeper duck curve. Texas’ summer price spikes and flirtations with rolling brownouts, as its wind generation ebbs and flows, carry all the excitement and drama of a slow-motion train wreck.

Yet, despite the flashing caution signs, renewable mandates and new policy proposals are only doubling down when they should be pumping the brakes. As the nation eyes economic recovery, affordable and reliable power – not expensive and intermittent – will be the foundation used to regain our collective footing.

Caution is in order. The threat to grid reliability and energy affordability posed by a shift away from fuel-secure, dispatchable generation is far too big and far too real to be dismissed. Some well-founded humility about what can be achieved, and what should be responsibly attempted, is in order. No one wants to have to learn the German word for grid collapse. 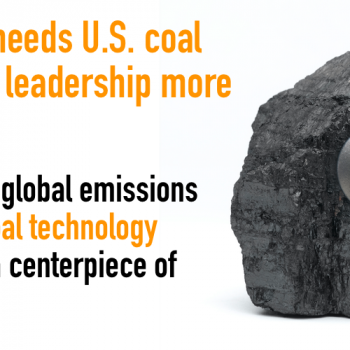