Not nearly enough. That’s the conclusion of two new reports examining what’s being done to develop and deploy emissions-reduction technology for coal plants. The reports, one from the National Coal Council (NCC) and the other from the International Energy Agency (IEA), paint a clear picture about the urgency and necessity of doubling down on research, development and deployment of critical advanced coal technologies.

There will no doubt be plenty of self-described climate hawks who object to increased investment in clean coal technology but as the IEA has made abundantly clear, meeting global emissions targets – with global being the key word – requires great leaps forward in fossil fuel technology, namely technology that works with the world’s coal fleets.

The Coal Council report finds that federal investment in well-established renewable energy technologies has far outweighed the investment in much-needed but still developing low-emissions fossil fuel technologies. The same is almost universally true at the state level where advanced coal technologies and carbon capture, utilization and storage (CCUS) are often excluded from clean energy standards. These decisions are shaping up to be colossal mistakes.

The Coal Council report rightfully raises the alarm of over continuing coal plant retirements and the shrinking window to upgrade the existing coal fleet and deploy essential technologies to capture, sequester and even utilize emissions. Failing to do so would not only jeopardize the fuel diversity and security of the nation’s electricity mix but it would squander an opportunity to utilize existing, valuable infrastructure and support an industry irreplaceable in countless communities throughout the country.

Along with the critical task of developing a new generation of near-zero emissions coal plant – as the Department of Energy is doing with its CoalFIRST program – retrofitting and improving existing facilities needs equal focus. Beyond the pressing domestic energy affordability and security considerations, reducing emissions both at home and abroad will require working with existing fleets.

The average U.S. coal plant is more than 40 years old but Asia’s coal plants, which already consume more than 75 percent of the world’s coal, are on average little more than a decade old. Hundreds of new plants are either already under construction or in the pipeline. A globally replicable emissions solution must include developing and deploying technology to reduce emissions from this existing generating capacity.

It’s precisely why IEA Director Fatih Birol told the Senate Energy and Natural Resources Committee earlier this year, “If I had to pick one technology as the most critical, if I had a magic touch to make this technology mature and [gain] market share,” it would be carbon capture.

Unfortunately, the IEA’s own analysis finds that innovation and deployment of carbon capture isn’t keeping pace with what’s needed. Of the hundreds of technologies the IEA examined in its status of innovation report, which examined innovation across the energy technology spectrum, it found that most that will be needed to effectively reduce emissions are not yet ready to deploy on a mass scale. Carbon capture technology is singled out as one of four key approaches to decarbonization that’s lagging behind.

The National Coal Council report offers some timely recommendations to get coal innovation – including CCUS – on track. The recommendations include greatly expanding the 45Q tax credit, working to lower the cost of CCUS and high efficiency, low emissions technologies, rapidly expanding carbon dioxide pipelines and storage sites, and continuing to foster commercialization of next generation, near-zero emissions coal plants that are market competitive with other low-emission technologies.

As policymakers consider investments in energy innovation and deployment of advanced technologies as part of the nation’s economic recovery, U.S. leadership in advancing CCUS and other essential coal technologies can’t be an afterthought. Rather, it must a central pillar of U.S. commitment to advancing globally replicable solutions that work with the fuels the world uses and will continue to use well into the future. 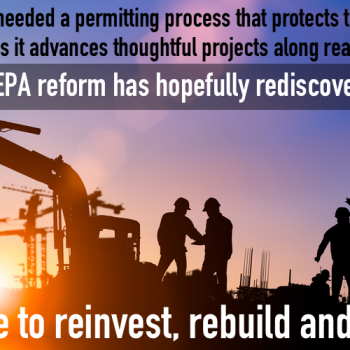