If you had to capture the remarkable changes in U.S. energy production in one word, that word would be “technology.”

From technological advances driving the shale revolution in oil and natural gas to dramatic declines in the cost of solar and wind power to the design of advanced reactors for nuclear power to far-reaching improvements in coal technology, it is not hard to figure out why the transformation in energy production offers grounds for optimism about the future.

America is blessed with an extraordinary opportunity. The vitality of America’s economy, the preeminence of its technology, and the appeal of the country’s ideas are unparalleled.

Going forward, the most daunting task is to find the right balance in policies that foster economic growth and climate action. Both are equally important to the future of the United States and the world, but the challenges they pose are very different. Given the growth in energy consumption likely in the future, it will be an immense challenge to meet the global demand for energy without increased damage from global warming.

Powerful trends are moving the world toward greater access to electricity, and — more unevenly — carbon mitigation. In such an environment, American policies must help further these favorable trends by maintaining a policy that separates the important from the trivial.

Coal matters, because it accounts for 38% of the world’s electricity, and the International Energy Agency expects it to be the largest single source of electricity through 2040. For that matter, coal is still important in the U.S., supplying nearly 30% of the nation’s power, despite the shutdown of scores of older coal plants. But it’s been relegated by environmentalists to the same twilight zone as nuclear power. While renewables get plenty of attention, coal isn’t deemed worthy of consideration.

If we truly want to develop efficient and responsible energy supplies for global use, Government policymakers should give coal parity by focusing on advanced coal technologies that are proven and have already achieved commercialization. Such technologies provide higher levels of efficiency, with reduced carbon emissions.

For example, greater use of ultra-supercritical coal technology could make a huge difference. A one percent improvement in the efficiency of a standard coal plant results in a 2-3 percent reduction in carbon emissions. By raising the average efficiency of coal plants around the world from 35% to 40%, ultra-supercritical systems would reduce global emissions significantly – the equivalent of India’s total carbon emissions.

Twenty-four countries accounting for over half of global coal emissions have included advanced coal technologies in their mix of energy sources. Japan, West Europe and China are leading the world in the use of coal technologies that reduce emissions.

But advances in coal technology have barely scratched the surface of what’s possible. Researchers at U.S. laboratories and universities believe they can raise power plant efficiencies to 50% or higher. This would have major upsides. If coupled with technology for capturing and storing carbon deep underground, power plant efficiency improvements would reduce global carbon emissions to virtually zero. What’s missing is the political will to invest in new coal plants and research that would bring dramatic benefits.

America’s potential is extraordinary. It is time to get on the right track.

Coal Still Has a Promising Future

Guidance to Get Going 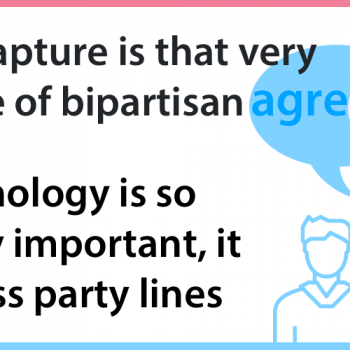