A report issued this week by the U.S. Energy Information Administration found that U.S. carbon emissions from energy increased in 2018. You heard that right. Emissions are up, despite the near constant vilification of coal and hundreds of millions spent by activists like Michael Bloomberg. And to be clear: that’s hundreds of millions spent not to advance carbon capture technologies that would reduce emissions worldwide, but spent on lobbying in the U.S. to close power plants and mines, costing hard-working Americans high-paying jobs.

If we dig into the numbers, after several years of declines, energy-related CO2 emissions in the United States reversed course in 2018, rising by 2.7 percent.

According to EIA, U.S. CO2 emissions from coal declined by 33 percent in 2018 compared with 2009. So, if that’s true, how could emissions be up when we have consistently heard that coal is the root of all our problems? If not coal, who’s to blame? Read on.

But wait. It’s not just natural gas. The report goes on to say that CO2 emissions from petroleum and other liquids increased by 5 percent in 2018 compared with 2009 levels.

And beyond the EIA report, take a look at the headlines this week and you’ll find more places to point the finger. A new study published in Environmental Science Technology found that hydropower plants can release more greenhouse gases than coal- or oil-burning power plants.

The only answer must be that if you’re fond of having the lights turn on when you flip a switch, and you like your home warm in the winter and cool in the summer, you’re the villain. Or perhaps it’s not as simple as “good guys” and “bad guys.”

Electrification is taking off. Populations are increasing. Developing countries are expanding. And with each of those advancements, demands for electricity are growing.

The key to each one of these developments is not to attack any one industry, fuel source or sector, but to invest-in, nourish and support technology. The International Energy Agency (IEA) pointed out in its World Energy Outlook 2019, which was released last week, even under its New Policies Scenario – which accounts for new government policies and announced targets – most countries are set to meet the pledges made as part of the Paris Agreement but energy-related CO2 emissions will continue on a slow upward trend to 2040, “out of step with what scientific knowledge says will be required to tackle climate change.”

In all of this, a solution that is within reach barely gets a mention.

Carbon capture and other advanced emissions technologies should be at the center of any action- and solutions-oriented effort to tackle the emissions challenge. As this column has noted previously, policy already being debated in Congress can help. The “USE IT” Act, which builds upon the 45Q tax credit for carbon capture, would go a long way in reducing barriers to carbon capture deployment while also incentivizing the further research and development of technologies that will convert carbon into products of commercial value.  In addition, anticipated guidance from the Internal Revenue Service would provide much-needed clarity and additional incentive to industry on the 45Q carbon sequestration tax credit.

A report by IEA found that Carbon Capture Utilization and Storage could deliver 14 percent of cumulative GHG emissions cuts through to 2050 and that climate change action will cost an additional $4.7 trillion without CCUS.

Reducing emissions and saving trillions through technologies that will benefit the world sounds like an idea worthy of smart policy designed to incentivize the development and deployment of this vital suite of technologies. Or we could continue to point fingers, fuel target to no effect, and watch emissions rise. 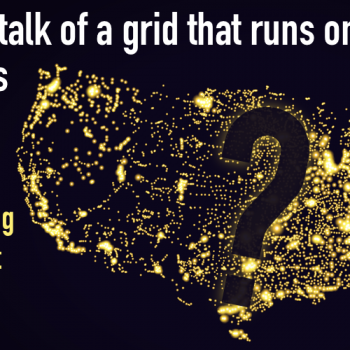