When people talk about economically distressed areas in southern West Virginia, they usually focus on McDowell County. Nearly forgotten has been its neighbor to the north.

Wyoming County has not been hit nearly as hard as McDowell County as the coal industry has contracted and reduced employment, but the downsizing of the industry has hit that county, too. Between 1950 and 2010, the county’s population dropped nearly 37 percent. Communities have seen their merchants go out of business with no one to replace them.

The most recent estimates have the county’s unemployment rate at 7.5 percent, compared with the statewide average of 5.3 percent. People who do have jobs do OK but not great by West Virginia standards, according to the federal Bureau of Labor Statistics. The average wage in Wyoming County in the third quarter of 2018 was $841 per week, compared with $894 statewide.

As with McDowell County, Wyoming County’s terrain is not attractive to large manufacturing or distribution enterprises, so coal has carried the economic load for decades.

Last week’s announcement that Consol Energy will proceed with developing a new metallurgical coal mine in the Itmann area – along W.Va.10 about 11 miles east of the county seat in Pineville – gives hope that things can turn around some.

Christy Laxton, executive director of the Wyoming County Economic Development Authority, said Consol’s announcement comes as the state pledges to finish the four-lane Coalfields Expressway to Mullens, about 3.5 miles from Itmann. It will be the first four-lane road in the county, Laxton said.

The Coalfields Expressway will be near the Barkers Creek Industrial Park, a 10.85-acre site that has been seeking a tenant, Laxton said.

“It seems like a lot of things are coming into place right at the same time,” she said in a telephone interview last week.

Zach Smith, manager of external affairs for Consol Energy, said the company does not have specific numbers for the number of workers who will be needed during construction, permitting and development of the Itmann mine, but it will employ 100 to 150 coal miners when it is operational.

Laxton said companies in Wyoming County that support the mining industry should do better once the Itmann mine is up and running in a couple of years. 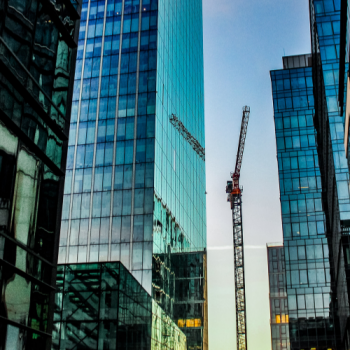