Via The Heartland Institute:

A new Policy Study by Isaac Orr, a policy fellow at the Center of the American Experiment and a former Heartland research fellow for energy policy, and Frederick D. Palmer, The Heartland Institute’s senior fellow for energy and climate, outlines a “straightforward roadmap” for lawmakers to save coal-fired power plants from closing prematurely, which will help keep energy reliable and affordable across the United States. Since 2010, more than 250 coal plants, with a combined 34,000 megawatts (MWs) of electricity generation, have been prematurely shuttered.

In “How to Prevent the Premature Retirement of Coal-Fired Power Plants,” Orr and Palmer note that the United States has the “most reliable supply of electricity and among the lowest industrial electricity rates in the world,” thanks mostly to coal-generated electricity. However, the coal industry has been under increasing attack, especially by Obama administration regulations that have crippled coal energy production.

To keep electricity in the United States inexpensive and dependable, these regulations must be repealed. These include the Environmental Protection Agency’s (EPA’s) 2009 Endangerment Finding, which claims that carbon dioxide threatens the public health and welfare. “Eliminating the unjustified Endangerment Finding is the single most important action the Trump administration can take to preserve useful coal facilities,” Orr and Palmer contend. “If the Endangerment Finding is not vacated, the United States will remain vulnerable to renewed regulation of CO2 emissions by future administrations.”

At the state level, lawmakers should eliminate the “negative pricing” of energy, remove feed-in tariffs which require utilities to grant renewable power generators access to their local power grid and force utilities to purchase the output of renewable power generators at above-market rates, abolish the interconnection tariffs for new generating capacity, and end the net metering policies which subsidize the owners of rooftop solar systems by reimbursing them at a retail rather than a wholesale rate.

Lastly, the 29 states that have enacted renewable energy mandates (REMs) should repeal them. REMs distort the U.S. energy market, to the detriment of consumers and cheap, reliable energy sources like coal. More than half the growth in the wind and solar industries since 2000 is directly tied to REMs, which were originally passed “to encourage a minimum level of investment needed to bring renewable technologies up to scale and reduce their costs. Today, these mandates are increasingly being used to force an uneconomic transition to 50 percent or even 100 percent renewable electricity generation within 13 to 23 years, a timetable that cannot be met.” Furthermore, “utilities paid $2.6 billion in 2014 to comply with REMs, averaging $12 per MWh, roughly 1.3 percent of average retail electricity bills. These costs will increase dramatically in the next decade as most state REMs are scheduled to reach their mandatory compliance deadlines between 2020 and 2030.”

These costly policies propping up renewables and damaging coal greatly harm low-income households, who spend a higher share of their income on electricity. More spent on electricity means less spent on other necessities like food and rent, as well as less to save. Unfortunately, about 45 percent of Americans already live in “energy poverty,” meaning they spend more than 10 percent of their income on energy costs.

“Even the most generous estimates show the harms supposedly headed off by [federal and state] regulations and subsidies would be miniscule, some even too small to measure. By contrast, the damage those policies inflict on American families and the U.S. economy is great.” the authors conclude.

How to Prevent the Premature Retirement of Coal-Fired Power Plants
https://www.heartland.org/publications-resources/publications/how-to-prevent-the-premature-retirement-of-coal-fired-power-plants
In this Policy Study – the fourth in a series of four – Center of the American Experiment Policy Fellow Isaac Orr and Heartland Institute Senior Fellow Fred Palmer offer a brief history of electric utilities and describe how efforts to deregulate them in the 1990s led to more, not fewer, regulation. There is no “free market” in electricity today. They describe the four Obama-era zombie regulations on coal and the six subsidies and mandates favoring renewable energy (primarily wind and solar) that must be eliminated to restore a free market for energy.

How the Premature Retirement of Coal-Fired Power Plants Affects Energy Reliability, Affordability
https://www.heartland.org/publications-resources/publications/how-the-premature-retirement-of-coal-fired-power-plants-affects-energy-reliability-affordability
In this Policy Study – the first in a series of four – Center of the American Experiment Policy Fellow Isaac Orr and The Heartland Institute Senior Fellow Fred Palmer discuss Australia’s experience with policies that forced coal-fired power plants into premature retirement, making large parts of the country dependent on unreliable and high-priced renewable energy, particularly wind power. The study also examines the parallels between the United States and Australia and discuss problems faced by states that have aggressively promoted renewable energy, examines the importance of “prudence” and diversified energy portfolios, and evaluates a U.S. Department of Energy study that correctly identifies natural gas-fired power generators as a reason for coal plant retirements but fails to describe accurately the role played by renewable energy subsidies in those retirement decisions.

How Obama-Era Regulations Are Shutting Down Perfectly Good Power Plants
https://www.heartland.org/publications-resources/publications/how-obama-era-regulations-are-shutting-down-perfectly-good-power-plants
In this Policy Study – the second in a series of four – Center of the American Experiment Policy Fellow Isaac Orr and Heartland Institute Senior Fellow Fred Palmer offer a brief overview of the “war on coal” and the damage done by the Obama-era zombie regulations. They then discuss two of those regulations in more depth: the Clean Power Plan and the addition of carbon dioxide to New Source Performance Standards for new power plants. Orr and Palmer also explain why the Endangerment Finding should be rescinded and address seven “zombie” regulations unrelated to carbon dioxide that are adversely affecting coal-fired plants. Lastly, they describe how the Trump administration has begun the process of replacing Obama-era zombie regulations with policies based on real science and sound economics.

Public Policy and Coal-Fired Power Plants
https://www.heartland.org/publications-resources/publications/public-policy-and-coal-fired-power-plants
In this Policy Study – the third in a series of four – Center of the American Experiment Policy Fellow Isaac Orr and Heartland Institute Senior Fellow Fred Palmer discuss how the premature retirement of coal-fired power plants will cost consumers billions of dollars in the form of higher electricity prices and regulatory compliance costs, subsidies for renewable generation technologies, construction of unneeded electricity generation capacity and transmission lines, and lost economic opportunities, especially in energy-intensive industries such as manufacturing. They also discuss how state renewable energy mandates and federal subsidies given to renewable energy sources, primarily wind and solar, distort wholesale power markets to the detriment of coal-fired power plants and the real-life impact these policies have on families, businesses, manufacturers, and coal mining communities.

State Sen. Carlyle Begay of Arizona presents “The Impact of Coal Restrictions on the Navajo Nation” at the Tenth International Conference on Climate Change in Washington, DC on July 12, 2015.

Podcast: Dr. Alan Moran: Australia, From Coal Power to Blackouts
https://www.heartland.org/multimedia/podcasts/dr-alan-moran-australia-from-coal-power-to-blackouts
In this edition of the Heartland Daily Podcast, Alan Moran of the Australian think tank Regulation Economics discusses how shuttering coal-fired power plants in Australia and attempting to replace them with wind has caused electricity prices to spike and has made the grid more vulnerable to blackouts. After a severe blackout plunged much of Australia into darkness, Elon Musk made headlines when he announced he would install a 100-megawatt battery system in Australia within 100 days, or the system would be free. Moran discusses the battery bet and more.

Podcast: Fred Palmer: Australia, a Cautionary Tale
https://www.heartland.org/multimedia/podcasts/fred-palmer-australia-a-cautionary-tale
Fred Palmer, senior fellow for energy and climate at The Heartland Institute, joins Jim Lakely, director of communications, to discuss his new paper Australia, A Cautionary Tale. Palmer co-wrote the paper with Heartland Research Fellow Isaac Orr. Palmer speaks about how Australia has caused electricity prices to rise by instituting a carbon tax and mandating a shift away from coal. In the summer of 2017, the City of Adelaide had a brownout because its renewable system failed to deliver enough energy to power its citizens’ needs. 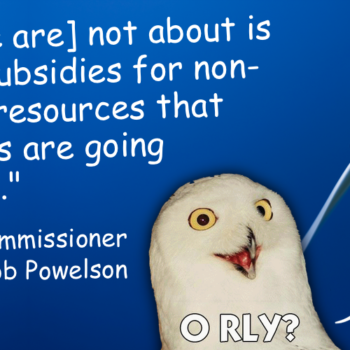