New England is struggling to keep the lights on as it pursues aggressive clean energy goals, a dilemma that is so troublesome that the region’s power grid operator warns of blackouts if something doesn’t change.

“I am getting nervous in New England,” said Robert Powelson, a Republican commissioner of the Federal Energy Regulatory Commission, which oversees wholesale power markets, during a recent event hosted by the American Council on Renewable Energy. “It is almost like a horror story.”

The story is complicated, but its impact is not: Residents living in the six New England states face the highest electricity rates in the country, 56 percent above the national average.

Yet, lawmakers and regulators have repeatedly rejected projects, from wind and water power to natural gas pipelines, that could ease the situation.

The region is heavily dependent on cheap natural gas, accounting for about half of its power generation, for electricity and home heating, as many of New England’s aging and uneconomic coal and nuclear plants have retired.

Natural gas emits less carbon pollution than coal and is seen as a “bridge” to an era when renewable energy sources take over. But New England struggles to import enough natural gas from areas that produce it, such as the Marcellus shale formation in the Appalachian states, especially during the winter because of a lack of sufficient pipelines.

The region was forced to use dual-fuel power plants to burn carbon-laden oil for electricity during January’s deep freeze, known as the “bomb cyclone,” using about 2 million barrels. That’s more than twice the oil burned in all of 2016, according to ISO New England, the operator that runs the region’s power grid.

The strain was so bad that the French energy company Engie, which owns the Everett liquefied natural gas import terminal near Boston, imported LNG from Russia.

“The bottom line really is demand for natural gas is growing faster than the infrastructure to deliver natural gas,” Chris Lafakis, the head energy economist at Moody’s Analytics, told the Washington Examiner. “When you don’t have enough of it, goods start costing more than it should. In terms of consumers, it raises electricity prices. Economics have driven the industry to natural gas in a big way. So, it’s a great fuel to use, but we need to be able to deliver it cheaply and reliably.”

Experts, regulators, and grid operators have called on policymakers in New England to permit the construction of more pipelines, or other energy infrastructure, such as transmission lines.

“Policymakers in New England have a broader question to answer which is if they leave the infrastructure constraints in place, then we should expect to continue to see a lot of price volatility in the winter time,” said Gordon van Welie, the CEO of ISO New England. “They need to be aware of that as a likely outcome.”

ISO New England warned in a February report that without new infrastructure, “keeping the lights on in New England will become an even more tenuous proposition.”

But politicians in New England have opposed large projects, even ones that promise to bring cleaner energy sources, because of worries from constituents about harming tourism and property values, and concerns about enshrining further use of fossil fuels by building long-lasting pipelines.

“New England has a condition of NIMBYism, or not-in-my-backyard,” Dan Dolan, president of the New England Power Generators Association, said in an interview with the Washington Examiner. “In New England, it’s extraordinarily difficult to build any infrastructure, let alone energy infrastructure. Siting for projects is extremely challenging. What drives policies in New England is carbon reduction.”

Indeed, all New England states have renewable fuel standards, requiring utilities to obtain increasing amount of energy from clean energy sources such as wind and solar.

Massachusetts, the region’s most populous state, wants 40 percent of its power from clean energy resources by 2030.

Yet, policymakers in the region have blocked projects that can help meet those targets.

Meanwhile, the company behind a planned offshore wind farm off Cape Cod in Massachusetts late last year gave up on the nearly two-decade fight to bring it to life, saying it is better off developing other forms of energy where there would be less opposition.

New England does possess the nation’s first, and only, offshore wind project, the Block Island wind farm off the coast of Rhode Island.

“Renewables have to be a part of the conversation,” Powelson told the Washington Examiner in an interview. “Are we building coal plants in New England? That’s not going to happen. I respect that. The region as a whole, you cannot argue with where they are headed with progressive renewable policy. But we need to have adequate resources in the meantime in order to support these markets, and in order to support new entry into these markets.”

By making it more difficult to use natural gas, the region will be so desperate for energy that it will have to keep oil on the system longer, which will emit more carbon, van Welie said.

“Policymakers need to be aware that those constrained conditions will lead to the burning of a lot of high-carbon fuel like oil to maintain reliability,” he said. “The physical reality is we will need fossil fuels for an extended period to manage the transition and balance the renewables.”

Judy Chang, an energy economist at Brattle Group and a former board member of the Massachusetts Clean Energy Center, said policymakers should focus on permitting regionally designed transmission lines that can deliver solar and wind power across states.

“New England states have been unable to get together and plan transmission in a way that gets to a cleaner resource mix,” Chang told the Washington Examiner. “It is a significant component of the puzzle.”

Chang predicts New England will move away from natural gas within the next five years, so it’s fiscally irresponsible to invest in pipelines.

“If you have states already setting goals and policies to bring onto the grid more hydropower, offshore wind, plus other renewables and clean energy, does it make sense at the same time to build more gas pipelines or gas plants?” Chang said. “To me, it doesn’t make sense, because all those costs will be paid by ratepayers in one way or another.”

But van Welie, charged with providing power to those consumers, said he doesn’t want to take any chances.

“We are living pretty close to the edge of reliability,” van Welie said. “From a combination of good operations and good luck, we managed to get through during the cold snap, but that doesn’t to me feel like a good long-term strategy. I would rather not rely on luck.”

RFF Sees the Heat But Not the Blast 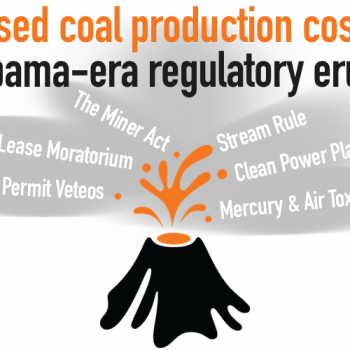