The U.S. electricity grid is undeniably in crisis. As rolling blackouts over Christmas demonstrated, no corner of the country is immune. Regions that were supposed to be safe from power shortfalls found themselves unable to keep the lights on. Tens-of-millions of other ratepayers got the unexpected present of emergency alerts asking them to dial back demand.

The North American Electric Reliability Corporation (NERC) has consistently cautioned of eroding reserve margins, a shrinking supply of power during peak demand and ill-equipped market mechanisms to ensure reliable power supplies, but even these repeated, urgent warnings about the state of the bulk power system may have been too optimistic.

Consider NERC’s recent Long Term Reliability Assessment. While expressing grave concern about the reliability of the nation’s power system, it gave regions like the Southeast relatively clean bills of health. However, the bitter cold that gripped the country over Christmas forced rolling blackouts in Tennessee and the Carolinas. Once deemed a California, Texas or New England problem, eroding grid reliability is now an everywhere problem.

The baseload retirement crisis and the challenges of integrating intermittent power are placing deep strain on grids across the country. Regions that were once bulwarks of fuel security and reliability are themselves facing emergency operating conditions and are unable to provide excess power to neighboring states. That was exactly the case in Tennessee this Christmas when the Tennessee Valley Authority expected to receive power imports from the PJM grid but none were available.

While there is no value in oversimplifying the challenges at hand, the energy transition is unquestionably at the heart of the matter. John Moura, NERC’s director of reliability assessment and performance analysis, recently told reporters, “Just to say it for the fourth or fifth time: Managing the pace of our generation retirements and our resource changes to ensure we have enough energy and essential services is an absolute necessity.”

Moura and NERC have been clear about the threat posed by the speed of the energy transition, calling for careful planning that recognizes the necessity of dispatchable fuel diversity and the importance of maintaining and continuing to invest in our existing baseload resources, including the coal fleet.

EPA Adds Fuel to the Fire

Caution is essential but the grid reliability experts and utilities largely have their hands tied. In this precarious moment, where a very difficult situation is already becoming dangerous, the U.S. Environmental Protection Agency (EPA) is driving a regulatory agenda that could very well cut the legs out from under the nation’s power supply.

EPA is advancing a suite of regulations designed – in the words of EPA administrator Regan – to force expedited retirements of the coal fleet. The rub is potentially far more baseload retirements and far faster than NERC is forecasting in its already alarming Long-Term Reliability Assessment.

Accelerating retirements are running headlong into rising power demand – potentially set to explode as the pivot to EVs hits a new gear – and ongoing challenges to site and build the enabling infrastructure needed for renewable energy.

As a new Congress shapes its agenda, much-needed oversight of EPA’s reckless plans must be a priority. Accelerating the loss of essential, fuel secure power plants – and the dispatchable fuel diversity they provide – is an avoidable disaster policymakers must stop.

The U.S. Grid is Running on Empty 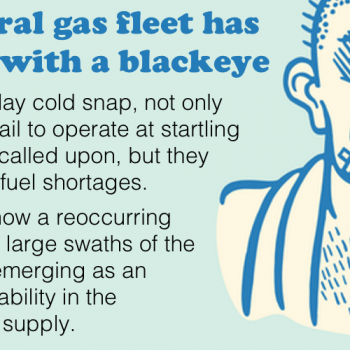