Surging energy prices are colliding with renewed grid reliability concerns this winter. While the price at the gas pump has garnered the lion’s share of attention over the past few months, the rising price of electricity and the surging price of natural gas are putting new wind in the sails of energy-driven inflation that reached 8.2% in September.

This surge in natural gas prices – with the Henry Hub benchmark hitting a 14-year high in August – appears here to stay and we’re only beginning to understand what it will mean for the competitiveness of the U.S. economy and consumers’ wallets.

Amid a global energy crisis, the U.S. is now the world’s largest LNG exporter, meaning the domestic gas market is now influenced by prices and buyers in energy hungry Europe and Asia – a novel dynamic since the emergence of shale gas production a decade ago and the rapid development of exporting capacity that followed. In addition, domestic gas demand continues to grow despite market signals that suggest we should be using less. Continued coal plant closures are putting an even heavier burden on gas supply and gas infrastructure that are struggling to keep up. These dynamics are straining energy affordability and grid reliability across the country but have metastasized into a crisis this winter in the Northeast.

Poor planning and irresponsible policy have erased critically important fuel diversity in New England. While the loss of coal capacity has taken a toll on fuel diversity, fuel security and affordability across much of the country, the situation in New England is particularly dire. The U.S. Energy Information Administration recently reported that prices at major power trading hubs across the country will be about 20-60% higher on average this winter with the highest wholesale electricity prices likely to be New England.

Two decades ago, coal and oil generation accounted for roughly 35% of the region’s power supply and often far more during periods of peak demand during cold snaps. Natural gas, on the other hand, provided just 13% of power supply. Today, coal and oil generation are gone while gas now meets 53% of power demand. Promised renewable power additions have not materialized, often blocked by NIMBYISM that has taken down offshore wind projects, transmission lines needed to carry hydro power into the region and even a number of proposed natural gas pipelines that would have added much-needed slack to the Northeast’s constrained gas delivery system.

With fewer and fewer options, the region’s grid operator, ISO New England, is running out cards to play to ensure homes stay warm and the lights stay on when demand surges. New England, in fact, relies on LNG imports to supplement fuel supplies during the winter, but getting those cargoes with gas supply so scarce in Europe and competition so high is hardly a sure thing. The situation is so perilous that ISO New England has warned that a stretch of severe cold could necessitate emergency conservation or even rolling blackouts to maintain the integrity of the grid.

Each new reliability crisis – whether in California, Texas, Europe or now New England – is an opportunity to learn, to recognize missteps and avoid the same mistakes. But despite the ever-mounting warnings and examples of the danger of mismanaging the energy transition, a course correction hasn’t materialized.

There’s an underlying story that’s driving these crises despite regional and market differences. The nation’s dispatchable fuel diversity is being dismantled while the proposed replacements aren’t materializing at the nearly the speed and scale required or with the same reliability attributes grid operators must have. As New England has put into stark relief, the right way to approach our energy future is to build on the shoulders of the essential fuel diversity and fuel security underpinned by the coal fleet, not discard it before reliable and affordable alternatives are in place. Crossing fingers and hoping the power stays on during the coldest days of winter while your bill doubles is hardly the energy future Americans want or deserve. 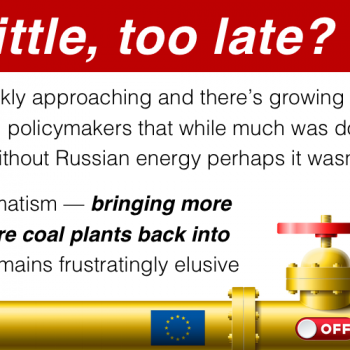 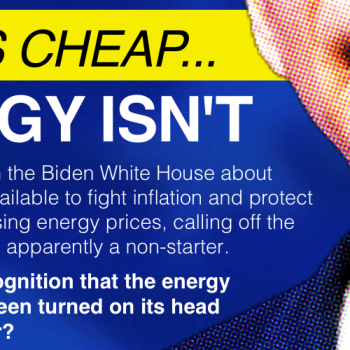