The recent 11th hour agreement to avoid a rail strike was a disaster narrowly avoided. A strike would have created a debilitating logistics chokepoint, disrupting supply chains of all kinds and creating enormous headwinds for the U.S. economy. Estimates put the cost of a rail strike at almost $2 billion a day. Yet, despite this momentary sigh of relief, there’s reason to believe this was crisis deferred, not resolved.

Voting on the tentative agreement is ongoing and there’s worry that following the midterm elections the rail labor challenge may begin anew and wind up back with Congress and the Biden Administration. As the National Mining Association’s (NMA) President and CEO, Rich Nolan, told Fox Business, “we, as the largest user of the rail system, remain extremely concerned about the potential impact of a strike.”

Should the deal not take, and the threat of a strike reemerge – or a strike actually happen – the result would be economically devastating. There has been an awakening to the overlooked importance of the nation’s railways to our economy and no industry relies on rail quite like the mining industry.

Mining-related commodities and products represent just under 50% of the tonnage moved by rail. Nearly 70% of U.S. coal production is moved by rail, including coal for U.S. power generation and steel making, as well as for export to the global marketplace and, critically, to our allies in Europe working to pivot away from Russian energy. In 2021, railroads moved 334.4 million short tons – or 3.3 million carloads – of U.S. coal.

While coal is a secure, domestic and affordable energy and infrastructure resource, it’s dependent on the efficient and reliable operation of the nation’s railroads. A rail strike following the midterms, in a lead up to the holidays with winter cold settling over much of the country, could create chaos in energy markets and hit consumers – who are already feeling the pinch of energy-driven inflation – particularly hard.

Major disruption of the movement of coal to the nation’s power plants would force utilities to deepen their reliance on an overstretched natural gas system, creating even greater demand for gas with prices having already doubled over the past year and even hitting a 14-year high in August. The impact on grid reliability would also be ugly. Coal generation regularly serves as a reliability backstop during severe winter weather as natural gas pipeline capacity is prioritized for home heating. Dwindling coal stockpiles – or the threat of impeded coal deliveries – could create a unique and alarming fuel security challenge utilities and grid operators would have to manage very carefully.

Typically, U.S. power plants can draw from stockpiles of coal in the event of logistics challenges, but, given the global energy crisis, high price of natural gas and persistent rail issues this year, stockpiles are at all-time lows. Poor rail service – even before the threat of a strike – has severely affected coal producers and the supply of coal to the domestic and export markets. Producers are struggling to get rail cars and have even had to curtail production due to oversized stockpiles as they wait for their product to be moved to market. The NMA has engaged the Surface Transportation Board for months, urging immediate action on ongoing unreliable and inconsistent freight rail service. But there’s deep concern that rather than getting better, this situation could get worse.  A rail strike would be crippling.

Railroads are the freight arteries of the nation, the irreplaceable connectors of our economy. Efficient, reliable rail service is essential. Now is not the time to take our eye off the ball. While we can remain hopeful that the tentative rail deal provides resolution, Congress and the Biden Administration need to stay vigilant and engaged to ensure a rail strike is avoided. Our economy, our energy affordability and reliability, and the energy security of our allies are all at stake. 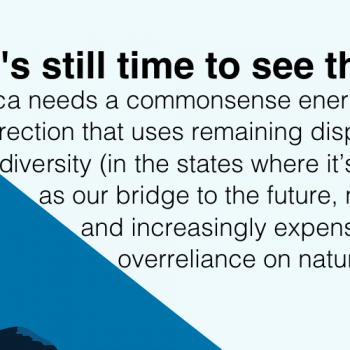