Via The Salem News (Ohio):

Ohio just had a brush with rolling blackouts when a quarter of million people lost power due to storm damage. Losing so much electricity at one time is always troubling. However, it’s also an unfortunate preview of a similar disaster in the making.

Ohio is one of the top 10 electricity-producing states in the nation. But it’s also the fourth-largest electricity consumer. That’s a lot of power demand–and for decades it was anchored by coal-powered generating stations, such as the Sammis Power Plant in eastern Ohio and the Gavin Power Plant in southern Ohio. Like much of the nation, though, Ohio has seen its energy portfolio being transformed in recent years due to both the rapid closure of its coal plants and an ever-greater reliance on natural gas and renewable generation. Now, we’re finding out in real time that this energy transition is proving poorly managed–and is increasingly dangerous. Blackouts in California, and a near collapse of the Texas grid that left hundreds dead in February of 2021, are a testament.

During Ohio’s recent storms, grid officials implemented rolling blackouts in order to balance and restore power across the state. The resulting, lengthy outages during a scorching heatwave were a reminder of how critical a reliable supply of electricity truly is.

Twenty years ago, such major power disruptions were rare in the United States. But now, they’re more frequent, with more than 180 serious incidents in 2020 alone.

Clearly, something is amiss with America’s electric grid. And families aren’t happy. According to the North American Electricity Reliability Corporation (NERC), which oversees the nation’s supply of electricity, the retirement of longstanding coal plants, and a hasty attempt to remake the U.S. power grid, could pose tremendous challenges to grid reliability over the next decade. Specifically, NERC is warning that the Midwest faces a “high risk” of blackouts this summer.

The prospect of rolling blackouts has now become a real concern for much of the country. In fact, a new national poll found that almost 80 percent of voters–including a majority of Democrats, Republicans, and Independents–want the federal government to take action.

What consumers want is common sense. And their message is simple: Don’t shut down working power plants until sufficient replacement generation is fully in place.

The same poll also found that nearly 9 in 10 voters are worried about the rising cost of electricity. That figures, since Americans are now paying far more for electricity that is becoming less reliable.

Ohio must take steps to ensure reliable electricity supplies. An important place to start is to ensure that the region’s existing coal capacity–which again and again has proven critical to keeping the lights on when it’s needed most–isn’t pushed off the grid when it remains a reliability backstop. We should be building the grid of tomorrow on the shoulders of energy infrastructure that we know works, not scrapping it before alternatives can carry the load.

Otherwise, our recent power outages could become a preview of a far more common problem–a lack of reliable electricity when Ohioans need it most. That’s not a risk worth taking.

The Nation Braces for Blackouts 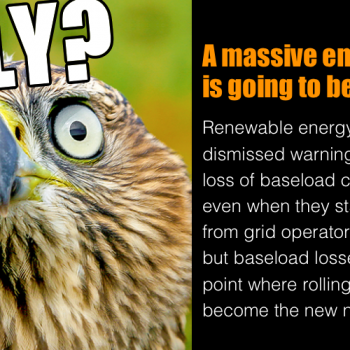 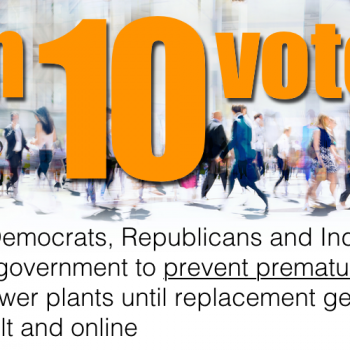