As Russia’s invasion of Ukraine unfolds, Americans are witnessing the troubling global impacts. Oil has passed $100 a barrel, and the European Union remains beholden to Russia for almost 40 percent of its natural gas supplies.

There’s a reasonable fear that Europe’s energy crisis could jump across the Atlantic. But less understood is that the U.S. is already experiencing problems with the reliability and affordability of its electricity supply. And a chaotic transition to renewable energy is making things worse, not better.

Last month, the Wall Street Journal reported on the U.S. electric grid’s declining reliability. Power outages — including last winter’s calamitous grid failure in Texas and rolling blackouts in California — have become increasingly common. While major disruptions were rare 20 years ago, there were more than 180 serious incidents in 2020 alone.

Add to this a 7 percent jump in inflation last year — driven by a 29 percent rise in energy costs — and there may be a perfect storm coming, especially if the crisis in Europe begins to batter America’s energy markets. However, there’s still an opportunity to reset U.S. energy policy — if we learn from Europe’s missteps.

Russia’s Ukraine invasion is the major issue when it comes to soaring energy prices. But European energy policy has made the situation far worse, thanks to an energy transition that has meant the rapid closure of coal and nuclear power plants—all in the quest for a renewable future that hasn’t yet arrived. This rushed pivot has also meant an ever-growing reliance on Russian natural gas. And so, when Europe’s weather-dependent wind turbines and solar panels can’t deliver, Russian gas keeps Europe’s lights on.

This energy insecurity — plus extraordinary consumer costs — should be a clear warning to America’s policymakers. In fact, Europe is now doing an abrupt U-turn to break its reliance on Russian gas. As Germany’s energy minister just announced, all options are on the table, including the postponement of nuclear plant closures and a potential ramping up of coal generation. As he said, “There are no taboos in this situation.”

The U.S. energy situation is hardly Europe’s. But there’s an overarching lesson to be learned about the value of a balanced energy mix and navigating the energy transition with an abundance of caution. While U.S. natural gas prices are not soaring to Europe’s extremes, they have doubled in a year — and consumers are feeling the bite.

If the U.S. is to maintain affordable, reliable power during the coming energy transition, policymakers must be careful not to eliminate essential coal and nuclear power capacity before reliable alternatives are in place. Over-reliance on just one on-demand power source exposes consumers to price shocks and robs the grid of balance. It also leaves utility operators with far less margin for error when weather-dependent renewable resources aren’t available. As the crisis in Europe demonstrates, it’s past time for a U.S. energy policy reset that ensures energy security, affordability, and reliability.

Fight Back with American Energy 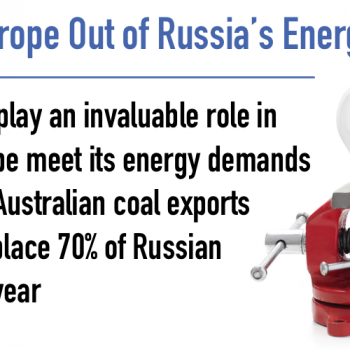 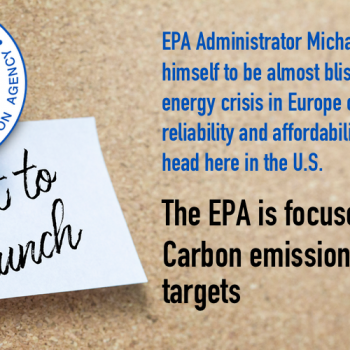