Perhaps the greatest challenge of the energy transition is timing the installation of the infrastructure and generating capacity required for our energy future in parallel with – or more quickly – than we are dismantling our current electricity mix and the affordability and reliability it underpins. Unfortunately, it’s a challenge policymakers either seem not to understand or are blindly ignoring.

Even in the places that purport to care most about tackling the climate challenge, siting new renewable projects or transmission lines needed to carry power to urban centers is proving all but impossible.

Consider what is happening in New York State. After public pressure, the Indian Point Nuclear Power Plant was shuttered in 2021 and New York set out to replace that baseload power with renewable energy. A 330-mile underground transmission line was proposed to carry Canadian hydropower to New York City, but now environmental groups – of all people – are fighting it. In a Feb. 7 letter to the New York Public Service Commission, the environmental group Riverkeeper said building the line could cause environmental harm and may not actually reduce emissions.

In Maine, in November, voters rejected a critical $1 billion transmission line also designed to move hydropower from Canada to U.S. consumers. The project, which would deliver power to energy-starved Boston, was first proposed in 2017 after a previous proposal through New Hampshire was also blocked by local opposition.

While the Biden administration and Congress aimed to address transmission permitting woes with last year’s infrastructure package, there’s growing resignation that those fixes were incomplete at best. “It doesn’t appear that policies … that have recently been enacted in the infrastructure package have tackled the real issues that are slowing projects,” Timothy Fox, vice president of alternative power and energy efficiency at ClearView Energy Partners LLC, told S&P Global.

These crippling siting challenges aren’t just confined to transmission lines. In Amherst, Mass., a moratorium on developing large-scale solar projects is gaining public support and is indicative of a much larger trend. The measure came about after local opposition sank an 11-megawatt solar project that was proposed for 100 acres of wooded land. As New York Magazine observed, opposition to the project includes, “the local Sunrise chapter, the militant left-wing youth activist group, which is reportedly concerned about ‘deforestation’ that would take place in order to build the solar plant.”

In Bernie Sanders’ Vermont the same phenomenon is playing out. Opposition to utility-scale renewable projects is so strong that interest in building them has evaporated. An article for the Sierra Club’s in-house magazine observed that, in 2012, Vermont had at least a dozen wind projects in development. Today, there are none. Not a single industrial-scale wind or solar project is underway in the state.

Pundit Jonathan Chait summed up the current state of play nicely when he observed, “Democratic candidates spent the 2020 primary arguing about how many trillions of dollars in climate spending they would expend — but even if the government could allocate trillions in climate spending, it is hard to feel much confidence the stuff would actually get built.”

While new capacity and infrastructure is getting blocked at every turn, that’s not slowing the closure of essential coal and nuclear power capacity. Well-operating baseload power plants are being forced off the grid while the capacity to replace them is either not getting built or if it is – since it’s weather-dependent variable power – it’s creating new reliability vulnerabilities grid operators and regulators are proving painfully ill-equipped to address.

More and more of the energy burden is now resting on an overstretched and oversubscribed natural gas system and increasingly expensive gas. As dispatchable fuel diversity has eroded in much of the country, consumers are left facing rising prices with no alternatives.

Consumers in New York are fuming over soaring electricity and natural gas prices. As Politico observed, “the cost of power during times of peak demand in New York has nearly tripled in a year and, “one of the main drivers is gas, which has also tripled from a year ago.”

The pain is even sharper in New England where gas prices have jumped to highs not seen since 2014. The Bangor Daily News reported that Mainers are “shocked by skyrocketing electric bills.” Driven by the rise in natural gas prices, electric bills are more than 80% higher across the state than the same time last year.

American energy policy, out-of-sync with on-the-ground energy reality, is dismantling grid reliability and forcing a terrible financial burden on consumers that can’t afford it. There’s a logical way to approach the energy transition that recognizes the complexities of siting and managing a renewable-heavy energy system. What’s happening across the country is just the opposite. Instead of building on the shoulders of a well operating, fuel diverse and fuel-secure system, we’re taking apart what works before we’re even close to having solutions ready to replace it. 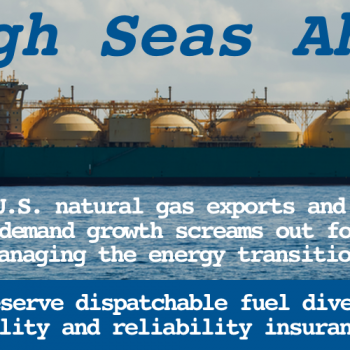 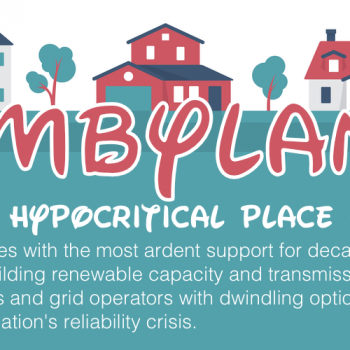