The New Year has arrived with bitter cold and winter storms that left almost 1 million households without power along the East Coast. The reliability of the nation’s energy systems is being tested once again and there is ever-growing concern they’re not up for the challenge.

The North American Electricity Reliability Corporation (NERC) ended 2021 with a grim warning: capacity retirements and the rapid remaking of the grid will pose tremendous challenges to grid reliability over the next decade. Speaking to the findings of NERC’s 2021 Long-Term Reliability Assessment, John Moura, NERC Director of Reliability Assessments and System Analysis, told reporters that the energy disruptions seen in California and Texas over the past year “should serve as a wake-up call for the rest of the country.”

The analysis painted a picture of a system losing its grip on reliability as the challenges grow larger and more complex while the tools, resources and market structures to maintain reliability seem ill-equipped to match the pace of change.

Rich Nolan, National Mining Association president & CEO, said, “this assessment very clearly echoes many of the concerns the industry has raised about an escalating reliability crisis and provides important recommendations about the need to maintain dispatchable fuel diversity and fuel security over the coming decade.” He continued, “the coal fleet offers invaluable optionality to the grid, shielding consumers from natural gas price volatility and provides fuel security and a reliability backstop we must stop trying to dismantle. The challenges of integrating variable sources of power and building new electricity infrastructure are growing more acute, not less. Responsibly managing the energy transition should mean building on the shoulders of the existing coal fleet, not in place of it.”

Fuel assurance, maintaining existing reliable resources and ensuring adequate backup for variable resources were all points of concern in the NERC analysis. For example, NERC found that in areas of high renewable penetration, operators must have “adequate dispatchable, fuel-assured, and weatherized generation, at their disposal.”

The uncertainty that comes with the variability of a grid increasingly reliant on renewables is not the only concern. Our disproportionate reliance on just-in-time natural gas fuel delivery is also highlighted as a vulnerability.

Natural gas unavailability during the Texas grid crisis in February of 2021 was a leading cause of the catastrophe and, despite clear warnings to address vulnerabilities in the natural gas delivery system, improve weatherization and implement reliability standards, little has been done. If the U.S. grid and grid reliability are as strong as their weakest link, the vulnerabilities of the natural gas delivery system and the apparent lack of urgency to address them are a ticking time bomb.

“A False Indication of Resource Adequacy”

According to NERC’s recommendations, addressing reliability challenges over the next decade must include developing policies that “maintain a sustainable and diverse generation mix.”

Generation and fuel diversity will be key to navigating the road ahead but so too will be an honest accounting of the resource and generating capacity at hand. As NERC warns, “capacity-based estimates, however, can give a false indication of resource adequacy. Energy risks emerge when variable energy resources… are not supported by flexible resources that include sufficient dispatchable, fuel-assured, and weatherized generation.”

The existing coal fleet provides the sufficient dispatchable, fuel-assured and weatherized generation the grid will need to manage the uncertainty, variability and risks that will come in the years ahead.

It’s becoming abundantly clear that the fuel security, reliability and balance provided by coal is an incredibly important tool to get the grid of today to what is proposed for tomorrow. As Rich Nolan concluded in his response to NERC’s findings, “It’s time for policymakers and regulators to recognize that without greater steps to reinforce the reliability of the nation’s grid, last winter’s Texas grid catastrophe, or something tragically similar, will happen again.” 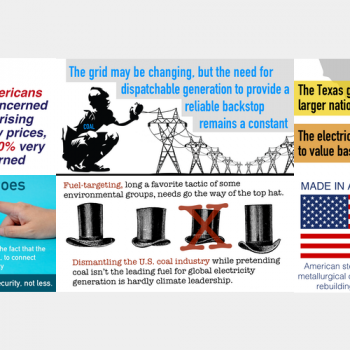 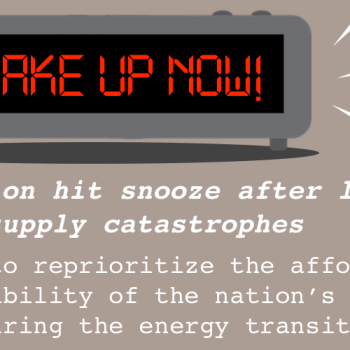