The global energy crisis has come at an incredibly important moment. In the run up to the United Nation’s climate change conference in Glasgow, Scotland, the world is getting a fresh reminder of the importance of existing energy systems and the precarious nature of the energy security, reliability and affordability too often taken for granted.

Even as renewable energy additions mount and the electric vehicle revolution accelerates, there is no denying the overwhelming importance of fossil fuels to keeping the lights on, commerce moving and the gears of industry turning. As the world’s leaders gather to discuss emissions reduction, the global supply of oil, natural gas and coal remains in overwhelming demand.

For a fuel that has read its own obituary dozens of times, global coal demand is soaring and expected to reach an all-time-high next year. Where coal capacity remains in Europe, it’s helping temper natural gas supply challenges and shield consumers from exorbitant prices. Coal power is also proving an important price shock absorber in the U.S., and it has never been so important and in-demand in Asia.

According to a recent report, the world’s coal producers are planning more than 430 new mines with 2.28 billion tonnes of annual production capacity. Australia, India, Russia and China account for more than three quarters of those projects. That report, coming before the global energy shock and soaring demand, likely underestimates the number of new projects now in the pipeline.
These are the energy trends and reality that must inform the conversation in Glasgow. To ignore them is to chart an emissions-reduction course that will almost certainly lead nowhere.

Carbon Capture is More Important than Ever

While some environmentalists and climate hawks continue to claim carbon capture is a “false solution,” it’s continued development and deployment must be a centerpiece of any replicable and effective climate strategy.

Brad Crabtree, President Biden’s nominee for Assistant Secretary for Fossil Energy and Carbon Management, was asked at a recent nominating hearing why the U.S. should continue to support carbon capture technology. He responded, “I would refer back to the conclusions of the Intergovernmental Panel on Climate Change and the recent modeling and analysis by the International Energy Agency (IEA) that makes it crystal clear that we cannot meet midcentury climate goals without economy wide deployment of these technologies.”

His forceful defense of carbon capture and its central role in producing replicable emissions solutions is in fact exactly what we have heard from other leading experts including from the IEA’s Executive Director, Fatih Birol. Director Birol has called carbon capture the “most vital” technology to reducing emissions and “the most critical” when looking at the current energy infrastructure around the world.

As the Global CCS Institute recently observed, the IEA’s Sustainable Development Scenario foresees 15% of emissions reductions coming from carbon capture, which would require a one-hundred-fold increase in the capacity of operational facilities by 2050.

Progress is being made with 71 new carbon capture facilities added to the global pipeline in 2021 but the scale and the urgency of the challenge simply requires more – more R&D, more deployment and far more leadership from the U.S.

Innovation – namely U.S. innovation – remains essential to building a realistic, achievable path to globally replicable and effective emissions reduction while ensuring the world has the tools to maintain affordable and reliable energy. Advancing and deploying carbon capture technologies at scale for the fuels and processes that are the irreplaceable foundation for the global economy is an imperative. It’s now up to the world’s leaders to recognize and embrace it. 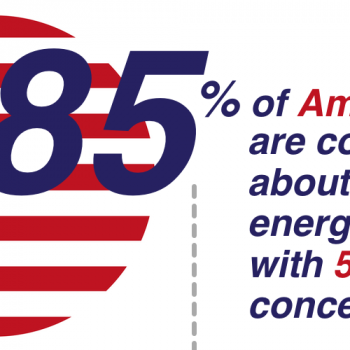 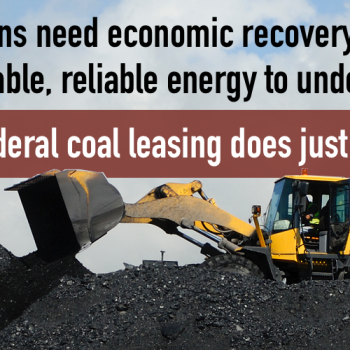