As the inclusion of a potential clean electricity standard continues to be linked to infrastructure talks, context is important. The United States is already living on the grid reliability edge and, without thoughtful planning, could be poised to lunge towards the chasm. With the energy transition accelerating, and proposed timelines becoming shorter, just how much worse can the reliability crisis become? Or, rather, how much worse will we make it?

These are the questions that now hang over the pivot away from a traditional, balanced mix of dispatchable sources of generation to ever growing reliance on intermittent renewable power and shaky promises of a super grid reinforced with cost-effective energy storage.

What not long ago seemed unimaginable – multiple states and grids hanging on for dear life to make it through periods of peak electricity demand – is now a reality. In both summer and winter, grids across the country are being stretched to the very breaking point or beyond by a combination of more intense and extreme weather conditions, increased reliance on intermittent sources of power and overreliance on just-in-time fuel delivery through an overmatched and poorly weatherized natural gas delivery system.

In Texas and California, regulators and policymakers are scrambling to keep the power flowing through one crisis after another. Nearly every week brings a new set of challenges and problems, leaving consumers wondering when the next conservation notice or rolling blackout will come. Utilities and grid operators are no longer fighting to make it through months of peak demand without blackouts but rather defining success by how few they can manage or how confined they will be.

This spring, the Western Electricity Coordinating Council warned that the West didn’t have the generating reserves to handle a region-wide period of high demand where a  heatwave coupled with drought could leave states at risk of blackouts for days or even months.

That extreme scenario increasingly seems like exactly what could playout in the weeks ahead. California’s stunning rolling blackouts of the summer of 2020 could prove to be a tame preview of what lies on the horizon for multiple western states. Texas, too, an energy island all to its own – which already saw grid catastrophe in February – will be lucky to make it through this summer without a similarly harrowing supply crunch.

Yet, the energy policy debate in Washington sucking up all the oxygen is not about addressing these escalating reliability crises that could cost thousands of lives and hundreds-of-billions of dollars in economic disruption but rather about how to dismantle the nation’s existing generating fleet and replace the vast majority of it in less than a decade.

What policymakers should be grappling with is how we manage the energy transition so that the new normal across much of the West doesn’t become the new normal for the entire country. They should be asking what’s a realistic timeline for remaking the grid without putting Americans at risk of blackouts during heat waves and extreme cold? And, how do we drive the adoption of world-leading innovations that are essential to controlling emissions from the fuels the world actually uses?

The stakes are highest for those who care most about tackling climate change. Global leadership on reducing emissions cannot be achieved by wrecking the reliability of the grid. There is nothing replicable or inspiring about charting a course no one would be foolish enough to follow.

This transition can be managed effectively but it requires embracing fuel diversity and security that accompanies a mix of generating sources. It will not be managed by downplaying or dismissing the extraordinary challenges of building immense amounts of new intermittent capacity, tens-of-thousands of miles of new high-voltage transmission lines, bringing grid-scale energy storage to maturity or managing the inherent risks of just-in-time fuel delivery in the era of cyber insecurity.

For all the talk of the grand opportunity offered by the energy transition, there are abundant warnings – available for all to see – about the risks of not taking its challenges seriously. Now is exactly the moment for those shaping the policy road ahead to ensure we stop downplaying the challenges, take a step back from the reliability chasm and embrace the reasonableness of building on the shoulders and security of a diverse fuel mix, not in place of it. 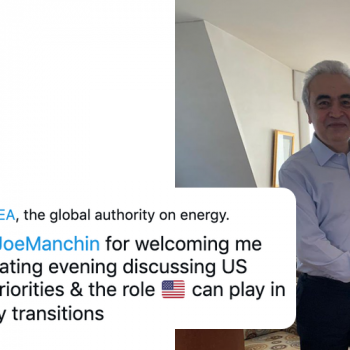 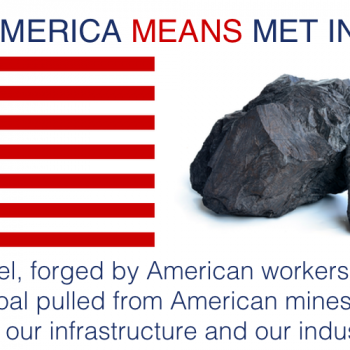