How is that both California and Texas – the two wealthiest states in the wealthiest nation on earth – can’t seem to keep the power on? Or, how is that electricity reliability in the United States, in the 21st century, seems to suddenly be getting worse when it should be getting better?

According to two members of the Federal Energy Regulatory Commission (FERC), one current and one former, an important part of the answer is wholesale market failure and the inability to properly value the resources that ensure reliability.

Former FERC commissioner Bernard McNamee, who served as recently as last year, argues in RealClearEnergy that the current designs of wholesale electricity markets are showing troubling signs that they are incapable of ensuring reliability as reliance on intermittent renewable power grows.

McNamee wrote, “So even though renewables can provide a benefit in lowering the overall clearing price for energy, there will come a point – if we have not already reached it – where there will be so many wind and solar resources bidding into the RTO markets that marginal clearing prices no longer benefit customers… the overall effect on the grid may be to suppress prices – and make dispatchable-on-demand generation resources needed for system reliability unable to survive economically.”

Current FERC commissioner James Danly offered a similar observation in February in a dissent over FERC closing its ongoing investigation into grid resilience just as the Texas grid was collapsing. He wrote, “There are any number of problems that lead to reliability failures, but I want to focus on one in particular: market failure. The bulk power markets provide inadequate cost recovery, and thus investment, to ensure reliability.” He continued, calling out a “lack of meaningful capacity markets, and the regions that do have capacity markets often allow state-subsidized resources to suppress prices,” undermining the very mechanism that is supposed to guarantee adequate dispatchable generation when it’s needed most.

The commissioners’ warnings are hardly theoretical. The wholesale markets in California and Texas both failed to keep the lights on this past year and both have already been pushed to the brink early this summer. The North American Electric Reliability Corporation (NERC), which oversees the reliability of the nation’s grid, recently offered an unprecedented summer reliability assessment, declaring that capacity shortfalls were “almost inevitable.” NERC warned that Texas, much of the Midwest, parts of the West and New England all face “elevated risk” of energy emergencies, with California facing “high risk.” That assessment, which turned heads just a few weeks ago upon its release, now seems conservative.

NERC CEO Jim Robb observed, “The events of this past year and the outlook for summer is a stark reminder that in our hurry to develop a cleaner resource base, reliability and energy adequacy has to be taken into consideration.” He continued, “I know that operators and planners are working very, very hard to preserve reliability, but they’re continually asked to do so and manage your grid under more and more challenging conditions.”

What Robb, Danly and McNamee all seem to be getting at is that the speed of the energy transition is far outpacing the ability of regulators and markets to properly manage it. As renewable penetration grows, and as dispatchable generation is increasingly pushed to the margins under existing market formation, how do we maintain healthy and effective capacity reserves? How do we better value the dispatchable generation markets are currently tossing aside?

A Recipe for Disaster

Pushing more intermittent power into wholesale markets without making significant market changes seems to be a recipe for disaster. Yet, that’s precisely what is happening with accelerating speed. Forecasts of record wind and solar capacity additions increasingly read not as progress but as reports of mounting pressure on a reliability dam under extreme duress. The challenges now so shockingly apparent in California and Texas seem destined to spread to other states.

Just this week, NRG Energy announced it will be closing three coal plants in the PJM market, the nation’s largest, and pointed to market issues as the cause. Chris Moser, NRG’s executive vice president of operations, told investors that the company will be forced to “evaluate the viability of the rest of its PJM portfolio in light of very poor auction prices, state subsidies and other market distortions.”

Markets are clearly failing to protect consumers and ensure reliability. Reserve margins are shrinking and essential dispatchable capacity continues to be pushed into early retirement when the grid clearly needs a larger, not smaller, insurance policy. The pace at which we are tearing down the dispatchable fuel diversity and fuel security of the grid is a deepening problem regulators, energy experts and policymakers are either only beginning to understand or simply refuse to acknowledge despite overwhelming evidence.

A responsible energy transition can’t possibly be one that undermines grid reliability. Blackouts in Texas and California have been treated as “their” problems. It’s past time we recognize that failing to pay for reliability insurance – namely, by properly valuing existing dispatchable generation – is a national problem that is escalating into a full-blown crisis. 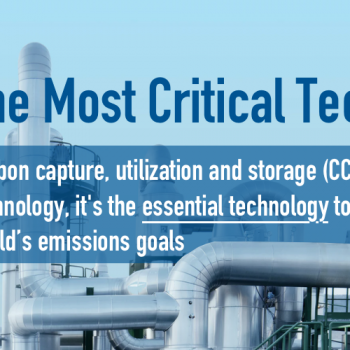