Tens-of-millions of Americans are now vaccinated and millions more will be very soon. The U.S. appears to be turning the corner on the pandemic, and as we shift from just trying to hold the economy together to rebuilding and recovery, Appalachian miners are poised to take center stage.

Thermal coal has proven indispensable in keeping the lights on in Texas and dozens of other states as bitter cold descended this past winter. And metallurgical coal, used for steelmaking, is going to be particularly valuable as we rebuild.

A long-awaited, bipartisan effort to reinvest and rebuild the nation’s infrastructure is coming this spring. Asked what the most important thing we do is as part of recovery, Sen. (Joe) Manchin said in January, “Do infrastructure. Spend $2, $3, $4 trillion over a 10-year period on infrastructure.”

He, like many other policymakers, sees infrastructure investment as a critical shot in the arm to the economy, an important vehicle to put people back to work.

And there is no debate that the nation’s infrastructure — from roads and bridges, to dams, ports, and water treatment systems — desperately needs help.

The American Society of Civil Engineers, which produces a report card on the state of the nation’s infrastructure, gave it a D+.

Just how bad is it? One in every three bridges on U.S. interstates is in need of rehabilitation or replacement.

It’s past time for us to get to work.

Infrastructure means steel and steel means met coal and iron. With a third of the nation’s met production coming from just West Virginia, infrastructure reinvestment will prove a potentially game-changing tailwind for the state’s mines.

Every rebuilt bridge or dam, every upgraded electricity transmission system or refurbished subway, will require tens-of-thousands of tons of steel.

The U.S. highway system has used an estimated 6 billion tons. The nation’s 175 met mines, directly employing 13,000 miners, will be busy. There is well-founded optimism for growth.

And the growth opportunity isn’t just domestic. Infrastructure investment — from China to Europe — is a favored tool for economic recovery. Steel prices and demand are soaring in China, India and Europe, and U.S. met coal exports are a critical piece of the global equation. U.S. met coal prices have jumped 25 percent since November.

With 70 percent of global steel produced with met coal, nearly 1 billion tons is used each year to feed the world’s voracious appetite for steel, an appetite kicking into a period of accelerating growth.

The global population is heading towards 10 billion and the world’s urban centers are rapidly expanding. In fact, the world’s building stock is expected to double in area by 2060. As Bill Gates has observed, that’s like adding another New York City every month for 40 years.

This investment in infrastructure means steel demand is likely to be 1.5 times higher by mid-century than it is today. As the U.S. eyes its own infrastructure reinvestment and nations all over the world look to rebuild and build anew, it’s clear that the U.S. met coal industry will be more important than ever.

The cities, technologies and infrastructure of tomorrow will be built with steel, and much if it will be made possible because of American met coal. It’s time to recognize Appalachia’s mines and miners for what they are — the very foundation of our recovery.

Rich Nolan is president and CEO of the National Mining Association.

When Dispatchable Fuel Diversity Goes, Affordability Does Too 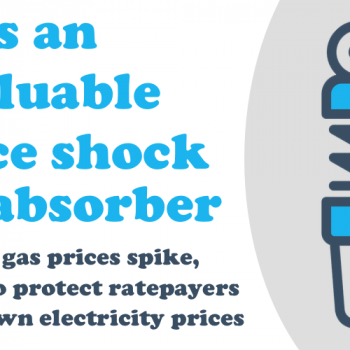 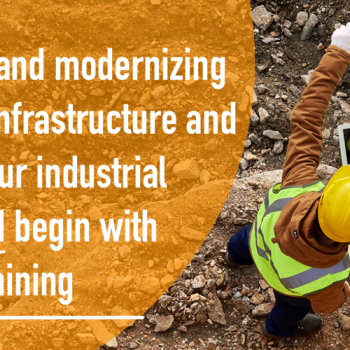