As President-elect Biden and Vice President-elect Harris line up their priorities for the coming four years, much of their agenda rests on a foundation provided by the nation’s nearly 600,000 miners — miners and a mining industry ready to do their part to help drive America’s post-pandemic recovery.

From infrastructure to affordable, reliable energy, and the reshoring of supply chains, mining is front and center.

Mobilizing American manufacturing and innovation to ensure that the future is made in America must begin with mobilizing the nation’s miners. The innovative products of tomorrow — be they 5G smartphones, robotics or electric vehicles (EVs) — all rely on a massive number of minerals and metals that stretch the full breadth of the periodic table.

Just as the world remains firmly in an era of energy addition where global energy demand is expected to jump 50 percent by midcentury, we are now in the most mineral and metal intensive era in human history.

The mineral production needed just to meet Tesla’s ambitions gives us a sense of the soaring mineral demand now on the horizon. Tesla hopes to produce 20 million cars per year by 2030. The batteries for those cars will require a supply of lithium that is currently eight times the capacity of the existing global lithium industry.

As automakers across the world scale up their EV ambitions, it’s clear that electrification will require expansion of mineral production at a scale and speed the world is only beginning to comprehend. Smart policy that prioritizes responsible, domestic mining under the world’s leading environmental regulations will be just as important to the electrification effort as incentivizing domestic battery manufacturing or the expansion of charging.

Our mineral import reliance has nearly doubled in the past two decades. Too many of these essential minerals are now coming from unstable regions of the world or from geopolitical rivals. Just as mining policy will be a critical piece of reshoring American industry and supply chains, it will also underpin foreign policy and national security.

China has come to exert undue influence over global mineral markets and supply chains, and is now using that control to dominate many of the key industries of tomorrow.

From semiconductors to wind and solar power, lithium-ion batteries and EVs, China is using mining and mineral processing to shift the industrial balance of power.

Winning this industrial arms race and making sure these critical industries are American industries that support American jobs, requires giving mining and mining policy the prominence it deserves.

Placing the same focus on affordable, reliable power will also be essential to the nation’s economic recovery.

Doing so begins with recognizing the value of the nation’s coal production and the coal generating fleet. Existing coal power remains critical to providing balance to the nation’s supply of electricity, often ensuring affordability and reliability when other fuels can’t in many regions of the country.

If the Biden administration wants to pursue meaningful emissions reductions both here and abroad, we must pursue a globally replicable, technology-driven approach with carbon capture, utilization and storage (CCUS) technology for all fossil fuels at its core.

Smart energy policy will also be mindful of the fact that we are in an energy affordability crisis with millions out of work and millions more from both political parties deeply concerned about paying the bills, including the electricity bill. It’s imperative we not undercut our own balanced, affordable supply of power precisely when Americans need it most.

This past year has presented some of the most difficult economic and social challenges of our time, but we can and will, as President-elect Biden says: “Build Back Better.”

With the right policy, the mining industry is ready to provide the foundation upon which we launch our recovery. A recovery that increases the competitiveness of American industry, re-establishes and strengthens domestic supply chains, and rebuilds the infrastructure and good jobs Americans need and deserve. 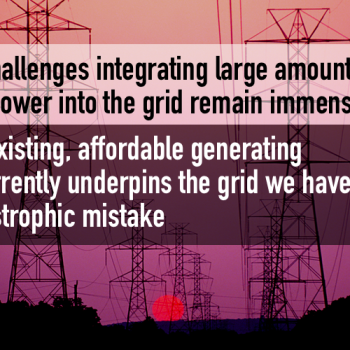 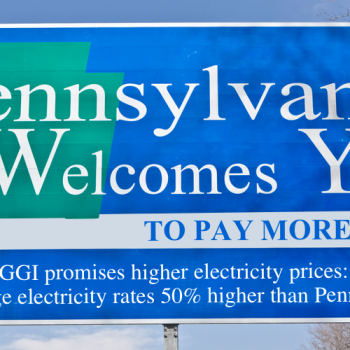