In a townhall last week, Joe Biden sought to distance himself and his energy plan from the Green New Deal. “The difference between me and the new green deal is they say, automatically, by 2030 we’re going to be carbon free. Not possible,” Biden said.

He continued, making a case for investment into carbon capture, utilization and storage (CCUS), “The new green deal calls for elimination of all nonrenewable energy by 2030. You can’t get there. You’re going to need to be able to transition. … [In my plan] we invest in new technologies that allow us to do things that get us to a place where we get to net-zero emissions.”

Candidates say a lot of things to get elected and certainly the ambiguity around candidate Biden’s stance on some energy issues, fracking being a prime example, has raised eyebrows. But Vice President Biden’s willingness to push back against the Green New Dealers and embrace the necessity of CCUS could mark a genuine recognition of a data-driven fact: fossil fuels remain the foundation of the world’s energy system and any effective and replicable emissions-reduction strategy must create solutions that works with them.

On his website, Vice President Biden writes that he, “shares the Carbon Capture Coalition’s goal ‘to make CCUS a widely available, cost-effective, and rapidly scalable solution to reduce carbon emissions to meet mid-century climate goals.’” He continues, saying he will “double down on federal investments and enhance tax incentives for CCUS.”

It’s easy to see this as little more than rhetoric, talking points to appease uneasy moderates or the millions of Americans employed producing, moving and using fossil fuels. But it could also be further evidence that advancing carbon capture is a necessity and a place of bipartisan agreement. It’s also – if we allow ourselves to read between the lines in the Vice President’s thinking – a recognition that abandoning coal and natural gas is a recipe for grid reliability challenges and unaffordable energy.

The pragmatism of embracing CCUS – and a continued role for coal and natural gas – comes straight from international energy experts that simply don’t see a feasible path to reducing global emissions without it.

The International Energy Agency (IEA) is very clear that the energy technologies the world needs for tomorrow hinge on innovation today. In fact, recent IEA analysis found that half the technologies needed to achieve global emissions targets aren’t currently commercially viable. CCUS is one of the foundational technologies the IEA warns must be advanced.

IEA’s Executive Director, Fatih Birol, hammered that point when he told the Senate Energy and Natural Resources Committee earlier this year, “If I had to pick one technology as the most critical, if I had a magic touch to make this technology mature and [gain] market share,” it would be carbon capture.

The world is going to need far more energy in the decades ahead and it has to have U.S. leadership in developing the essential technologies to do it responsibly.

By 2050, global energy consumption is expected to jump a staggering 50%. Should deep electrification be used to drive decarbonization efforts, with mass deployment of electric vehicles and heat pumps, among other technologies, global electricity generation will need to be about 2.5 times higher in 2050 than it is today. The IEA explains that would “require a rate of growth equivalent to adding the entire U.S. power sector every three years.”

Can the world hope to meet that demand without coal? The answer is simply no. Coal remains the world’s leading fuel for electricity generation and the key input alongside iron to produce 70% of the world’s steel. The global coal fleet – particularly in Asia – is young and growing. If the U.S. turns its back on coal or doesn’t lead the way in developing breakthrough coal and CCUS technologies, any effort to reduce emissions in the U.S. will likely prove globally ineffectual and comically detached from global energy needs. In the words of Vice President Biden, “not possible.”

Regardless of who wins the election, it’s abundantly clear that the world needs U.S. leadership in advancing fossil fuel technologies and CCUS. Doing so has been a place of rare bipartisan agreement. In fact, the National Defense Authorization Act includes the USE IT Act from Senator John Barrasso (R-Wyo.) and Senator Sheldon Whitehouse (D-R.I.), which would incentivize the deployment of essential CCUS technologies. There’s an opportunity this year to take an important step forward in bringing essential technologies to market.  Now is the moment to push the chips and double down. 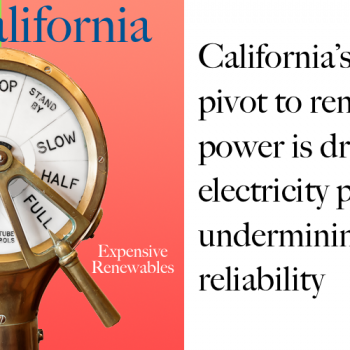 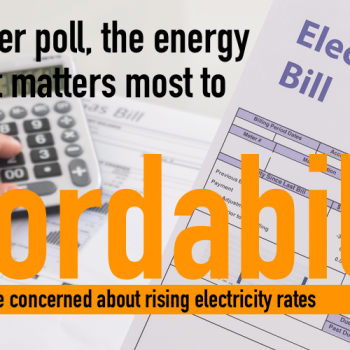