Energy poverty and energy access remain the foremost energy challenges for much of the world. Great progress has been made over the past decade: the United Nations reports that the number of people without access to electricity has declined from 1.2 billion in 2010 to 789 million in 2018. But a new report finds that those lacking regular access to reliable electricity is far, far higher – a staggering 3.5 billion people.

Regular and reliable access to electricity is essential. Without it, development slows, poverty reduction can be derailed, education opportunities are limited, and the health and environmental consequences are vast as well. The importance of reliable, affordable electricity cannot be overstated.

For nations still struggling to secure reliable power for all, coal is a key building block. Coal is the world’s leading fuel for electricity generation, offering unmatched security, affordability and reliability. It’s the fuel that drove industrialization in the developed world, remains essential to electricity grids in Europe, Japan and the U.S., and continues to be the fuel of choice to drive industrialization in developing nations across multiple continents.

If coal isn’t going anywhere – and the global data is clear that it’s not – why do so many energy and climate policies remain focused on eliminating the use of fuels, like coal, when the evidence cries out for a focus on emissions-reduction technology instead? Or put another way, why do these polices seem determined to deny the 3.5 billion people who desperately need more coal power, not less, the opportunity to get it?

Failing to prioritize investment and development of carbon capture, utilization and storage technologies, or high-efficiency, low-emissions technologies, is failing to understand and embrace energy reality. Working to deny access to America’s vast coal reserves and prohibit the development or expansion of export terminals makes the mountain that is global energy poverty all that much steeper to climb.

The world needs far, far more energy and it’s energy that will largely come from the same sources it has for decades. For all of the promise of renewable sources of power and energy storage, ramping them up to effectively, reliably and affordably meet electricity demand in the richest nations on earth remains a colossal challenge. California or Germany’s well documented struggles are case in point. Ramping them up on a global scale is a universe more complex, difficult and likely unrealistic.

A growing global middle class and a rapidly expanding global population on track to reach 10 billion by 2050 will need vast amounts of additional energy. Hundreds of millions remain without access to any electricity. Three and half billion are without access to reliable electricity. And for those that do have access to power in much of the developing world, per capita energy consumption is set to soar.

Consider the additional electricity demand expected from increasing global access to air conditioning.  The International Energy Agency expects 6 billion air-conditioning units to be installed globally by midcentury. Assuming relatively similar cooling technology, global energy demand from cooling will triple, reaching an amount equivalent to nearly a quarter of the world’s current daily electricity consumption. That’s just cooling. If the gulf between per capita energy consumption between rich and poor nations narrows at all, the consequences will be profound for energy demand. As one development expert noted, Californians will soon use more electricity for video gaming than the entire population of Ethiopia – 100 million people – uses for everything.

Energy poverty, energy access and energy equality remain the great energy challenges of our time whether or not we are willing and able to recognize them. This is not to downplay or dismiss the necessity of reducing emissions and tackling climate change but it must be the lens through which we develop and shape globally replicable and just climate plans. Denying the world coal is a mistake. Denying the world responsibly-produced American coal compounds it. Failing to double down and lead in developing essential advanced coal technologies for a fuel we know the world will continue to lean on is policy malpractice. The world needs American coal and it needs American coal technology leadership. Are we clear-eyed enough to recognize it? 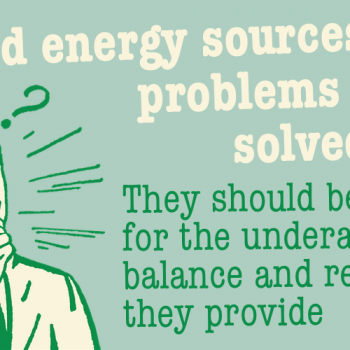