The clean energy technologies we will need tomorrow hinge on innovation today. That is the bottom line of a new International Energy Agency (IEA) study that analyzes what is needed to achieve global emissions reduction goals.

What’s abundantly clear from IEA’s analysis is that the favorite technologies of American climate hawks – namely wind and solar power – are hardly the cure-all their proponents make them out to be. In fact, to reach global emissions targets, the IEA projects that half the technologies needed to make such a leap aren’t currently commercially viable.

The study is a call to action. It’s a call to greatly intensify and expand energy research, development and deployment. It’s also a wakeup call about the need for a technology neutral strategy to bring the world the energy it needs while meeting emissions targets. And as the IEA spells out in stunning detail, the world is going to need far, far more energy.

By 2050, global energy consumption is expected to jump a staggering 50%. Should deep electrification be used to drive decarbonization efforts, with mass deployment of electric vehicles and heat pumps, among other technologies, global electricity generation will need to be about 2.5 times higher in 2050 than it is today. The IEA explains that would “require a rate of growth equivalent to adding the entire U.S. power sector every three years.”

The world’s voracious appetite for energy means we are still firmly in an era of energy addition. Renewable energy deployments are largely coming on top of traditional energy consumption, not replacing it. Fossil fuels meet 80% of the world’s energy demand, with coal the world’s leading fuel for electricity generation and a key ingredient in the production of more than 70% of the world’s steel. Emissions-reduction technologies that work with existing energy systems and the fuels that are inarguably the lifeblood of the global economy are essential. That’s why the IEA, time and again, gives such prominence to carbon capture, utilization and storage (CCUS).

Experts agree: CCUS can’t be an afterthought or a complement to a wind and solar-powered dream, it has to be one of the foundational pieces needed to decarbonize both the electricity sector and heavy industry. IEA Executive Director Fatih Birol made that clear when he told the Senate Energy and Natural Resources Committee earlier this year, “If I had to pick one technology as the most critical, if I had a magic touch to make this technology mature and [gain] market share,” it would be carbon capture.

But no one has a magic touch and the innovation the world needs won’t happen with a snap of the fingers. It requires hard work, dedicated funding and a greatly expanded innovation pipeline.

According to the Global Carbon Capture and Storage Institute, there are currently 19 operating facilities worldwide that can capture, compress, transport and store CO2.

While several dozen more facilities are in development, the world is an order of magnitude off what’s needed. The Institute projects that 2,000 carbon capture facilities need to be up and running by 2040.

Now is the moment for the U.S. to take a leap forward in advancing and deploying CCUS technology. Fortunately, carbon capture is a place of bipartisan support and there is current legislation, such as Senator Barrasso’s (R-WY) USE IT Act, that can help make the U.S. the world leading CCUS innovator the world so desperately needs.

It’s past time this smart, bipartisan legislation moves from good idea to implementation. The world needs affordable, reliable energy and far more of it. Developing the essential energy technologies that make globally replicable emissions reduction possible requires U.S. leadership. If the U.S. doesn’t rise to the occasion, or turns its back on CCUS, dismissing it as just another fossil fuel technology, we risk not only undermining our own energy security and affordability but undermining any kind of effective, replicable approach to global emissions progress. 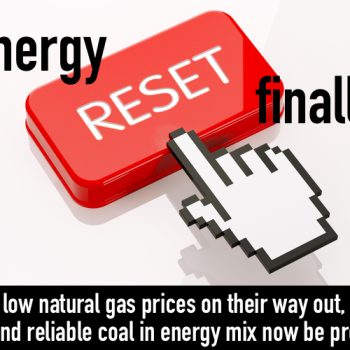