Just imagine the outcry if there was an energy price spike during this unprecedented economic crisis. What if the price at the pump jumped to $5 per gallon or electricity prices suddenly jumped by 50%? With the nation already reeling and tens-of-millions of families barely staying afloat, spiking energy prices would likely be the straw that breaks the camel’s back.

Natural gas prices are going to jump this winter and likely stay much higher through 2021. Fortunately, for many consumers, they won’t even notice. Dispatchable fuel diversity will mean that when natural gas prices go up, coal plants will run more often, holding down ratepayer bills. The much-maligned coal fleet will be coming to the rescue to ensure the affordability and reliability it has always underpinned.

According to analysts at Platts, rising natural gas prices could mean coal generation jumps 22 percent year-over-year in PJM, the nation’s largest wholesale electricity market. With the U.S. Energy Information Administration expecting that monthly average spot prices for natural gas will remain higher than $3.00/MMBtu for all of 2021, averaging $3.19 for the year, coal will become even more important to Americans struggling to make ends meet.

Platts sees rising coal generation as well, projecting that, “the combination of seasonal demand patterns, recovering power demand and increasing electricity and gas prices will drive an increase in U.S. coal consumption.” Monthly coal consumption is likely to jump above 2019 levels with increases forecast not just for PJM but also for the MISO and ERCOT grids.

The forecast of rising natural gas prices, moving from $2/MMBtu to above $3, could very well be conservative. The oil and gas industry has been slammed by the pandemic and collapsing oil prices. Drilling is down and production with it. Some see natural gas prices rising considerably higher.

While gas proponents will suggest that rising gas prices will spur new drilling, don’t expect the rig count to quickly respond to price signals. The shale industry is bloodied and Wall Street may have finally lost its appetite for throwing good money after bad. As Scott Sheffield, the chief executive of Pioneer Natural Resources, one of the nation’s largest shale oil producers, explained, the shale revolution has brought the oil and gas industry to the brink of financial ruin. “It has been an economic disaster, especially the last ten years.” He continued, “Nobody wants to give us capital because we have all destroyed capital and created economic waste.”

He’s not the only oil and gas man with that opinion. The former CEO of the largest shale gas producer in the United States told an industry conference that the shale industry as a whole has been destroying capital since its birth. “The fact is that every time they put the drill bit to the ground, they erode the value of the billions of dollars of previous investments they have made,” said Steve Schlotterbeck, former head of natural gas giant EQT.

Adam Waterous, the former head of investment banking at Scotiabank and founder of a $1 billion energy fund, believes the shale industry “vaporized” capital between 2015 and 2019. Even before the pandemic and the economic shock that followed, the industry was pursuing a completely unsustainable business model. He calculates the industry destroyed $500 billion in capital during that period.

Needless to say, don’t be surprised if bankers and energy funds aren’t lining up to lend to the shale industry in 2021. Could this finally be the reset many have expected was coming? Time will tell but the unsustainably low natural gas prices that have swamped energy markets for the better part of a decade appear to be heading out the door with no indication of when or if they will return.

What is clear is that policymakers and regulators have taken the dispatchable fuel diversity of the grid for granted. The built-in price spike shock absorbers that are a part of a fair, competitive market have been shattered by policies that stacked the deck in favor of select sources of power, resulting in the early retirement of well-operating coal and nuclear power plants.

As natural gas prices rise this winter and coal generation claws back market share, will there finally be a reckoning about the affordability and reliability that has already been lost and the danger of potentially losing more? We’re about to find out. 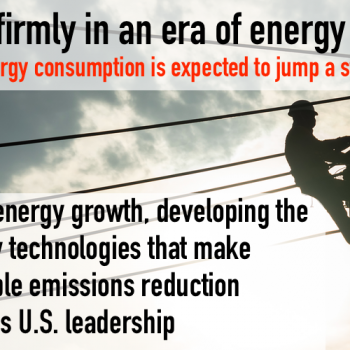 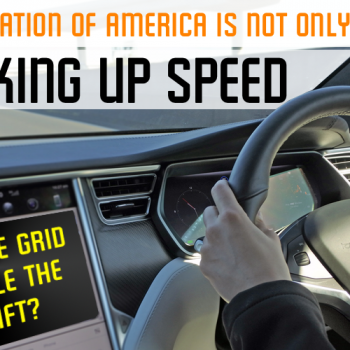