A decade ago, more than 50 percent of the electricity consumed in the United States came from coal-fired generating plants.  But by 2016, coal’s No. 1 status had been replaced by natural gas.

At the same time, the deployment of renewable energy sources has grown dramatically in recent years and now accounts for 20 percent of installed capacity nationwide.

Wind energy, at 8.6 percent, actually passed hydropower this year while solar now accounts for 3.5 percent of installed generation. According to the Energy Information Administration, renewable electricity generation doubled between 2008 and 2018.

Without question, the growth of renewable energy has been a plus for the environment and has contributed to the drop in U.S. greenhouse gas emissions over the past decade. Also, without question, the rapid increase in wind and solar investment has been driven largely by federal tax credits.

The production tax credit (PTC) for wind, first enacted in 1992, provides a subsidy of up to 2.5 cents per kilowatt hour to wind operators for all electricity generated during the first 10 years of operation.

The PTC was originally scheduled to expire in 2019 but received a one-year extension as part of the budget negotiations last year. First enacted in 2006, the investment tax credit (ITC) for solar projects is currently 26 percent but is scheduled to phase down to 10 percent by 2022.

Last year, according to the congressional Joint Committee on Taxation, revenue losses from the PTC amounted to $5.1 billion; and they are projected to total $19.3 billion between 2019 and 2023. The ITC for solar projects cost taxpayers $2.4 billion last year and revenue losses are projected to total about $13 billion between 2019 and 2023.

After nearly 30 years of federal largess, wind and solar advocates have developed strong constituencies who continue to lobby for extensions of the PTC and the ITC. Initially, government support was justified on the grounds that “clean tech” was an infant industry needing help in order to compete with traditional energy sources.

Today, advocates for extension of the wind and solar subsidies typically cite the environmental benefits of renewal investments along with the half-million jobs that are allegedly supported by the industry.

But a strong case can be made that the federal tax credits are no longer needed to keep wind and solar generators viable. A recent study by Lazard estimates the unsubsidized cost of wind power at an average of $41 per megawatt hour and the cost of utility solar at $37 per megawatt hour.

Another argument against the subsidies is that they frequently allow renewable operators to sell power into the grid at negative rates, putting base-load gas and coal generators at a competitive disadvantage and possibly endangering grid reliability.

Acknowledging these new competitive and operational realities, a number of Senate Republicans are opposing any extension of the PTC in the next pandemic relief package.

Should the federal renewable tax credits be sunsetted, wind and solar facilities will still be able to avail themselves of a myriad of incentives at the state level.

For example, most states have adopted renewable portfolio standards that require electric utilities to deliver sizable amounts of power from renewable or alternative energy sources by a given date.

Commercial wind and solar are now mature industries. Their investment and operational costs continue to fall, and they are clearly competitive with conventional energy sources.

By sunsetting the federal production tax credit for wind and the investment tax credit for solar, we can level the field for all the players in the electric power industry while saving American taxpayers billions of dollars each year. 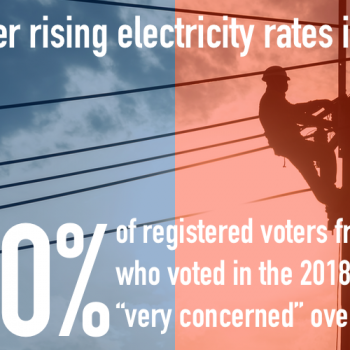