The COVID-19 pandemic is clearly wreaking havoc with the U.S. economy. And Americans are already feeling the pain.

As Washington starts to grapple with this economic disruption, there’s a looming problem that must be addressed.

Our nation will begin to dig out of the crisis in the coming months, but we’re going to need affordable electricity to do it — particularly for families that have suddenly lost jobs.

Worryingly though, even before the onset of the COVID crisis, a number of factors have been threatening to drive up electricity prices in markets across the country.

Why has this been happening? For one thing, renewable energy portfolio standards are already obligating states to adopt more expensive electricity in place of existing low-cost power generation.

A University of Chicago study found that, in the 29 states that have adopted renewable portfolio standards, consumers have paid $125.2 billion more for electricity over seven years than they otherwise would.

This greater reliance on renewable power has also resulted in periods of reduced electricity supply when the weather doesn’t cooperate. For example, electricity prices surged 36,000 percent in Texas during a heat wave last summer. High power demand at the time–coupled with unexpectedly low wind generation–simply pushed the Texas grid to its limit.

States have already been shifting away from traditional sources of power like coal. And that’s now posing affordability and reliability challenges. Michigan’s power grid operator, MISO, recently reported that power prices for the state’s Lower Peninsula maxed out in an annual capacity auction, jumping 10 times what they were a year ago. Michigan utilities have closed more than a dozen coal plants since 2016. But even as more coal retirements are planned, Michigan is trying to find more electricity. It’s now turning to costly electricity imports as a near-term fix.

Some states recognize this troubling trajectory. Indiana has started requiring reviews of proposed power plant retirements — to ensure that utilities aren’t unfairly passing costs on to consumers while weakening the reliability of the state’s electric grid.

This is exactly the sort of scrutiny that will be needed over the next year since the nation simply can’t afford higher electricity prices. Consumers and industry need support for economic recovery, not higher energy bills. And with Americans increasingly concerned by an over-reliance on imports from China, there is already movement afoot to bring manufacturing back to the United States.

However, this will undoubtedly spur increased electricity demand. To make it work, domestic manufacturers will need access to affordable power in the same way as America’s families.

As policymakers, regulators, and utilities address the ramifications of the current pandemic, it makes little sense to rush the retirement of more power plants — including coal units–that have long provided some of the most secure and affordable electricity.

Now, more than ever, we need smart policymaking that emphasizes reliability, resilience, and affordability. Ensuring we maintain sufficient, cost-effective generating capacity throughout the nation should be a priority during COVID recovery.

Terry Jarrett is an energy attorney and consultant who has served on both the board of the National Association of Regulatory Utility Commissioners and the Missouri Public Service Commission. 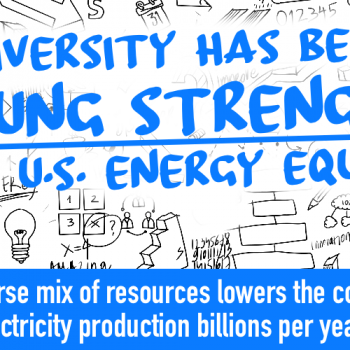 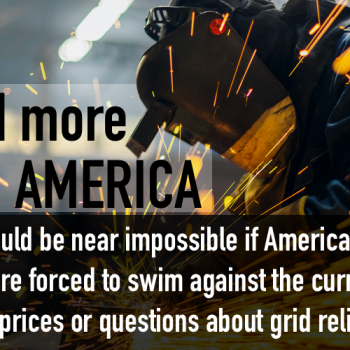