There was no shortage of doomsday coverage of the U.S. Environmental Protection Agency’s (EPA) decision to revisit the cost benefit analysis underpinning the Mercury and Air Toxics Standards (MATS rule). But in the same breath that outlets like The New York Times sounded the alarm about weakening regulations on the release of mercury, they also were obliged to note that “The new Environmental Protection Agency rule does not eliminate restrictions on the release of mercury.”

If you’re confused, you’re not alone. Despite the Times’ best attempt to carry the water of the anti-coal crowd, the simple fact is that EPA’s new rule not only “does not eliminate” the standard in the MATS rule, it doesn’t even touch it. The standard remains exactly the same—there’s no “rolling back” or “weakening” here.

What EPA has done, however, is address the twisted justification that allowed the MATS rule to happen in the first place. It was an approach to rulemaking and accounting that should not be used again. Recall that the Supreme Court struck down the MATS rule as proposed—but only after the compliance deadline had passed.

At the very heart of the issue is that the Obama-era EPA built the 2012 rule by downplaying the costs and relying almost entirely on ancillary benefits to justify its action. It didn’t just consider co-benefits derived from the rule, the architects of the rule built their justification from the ground up upon them. It was an approach to rulemaking that can be used to justify nearly anything, no matter how destructive it might be to an industry or the communities it supports.

No rule should be justified on co-benefits alone and yet that’s precisely what happened. The EPA was given a mandate to strike a blow towards coal power and rigged the accounting to make it happen.

In proposing the 2012 MATS rule, the agency suppressed the real costs of the rule – $9.6 billion annually – while double-counting potential benefits, which were just $4-$6 million.

Half the costs—more than $5 billion per year—were associated with controlling non-mercury emissions that EPA admitted did not pose any health threat. While EPA predicted that the MATS rule would result in less than 5 gigawatts (GW) of coal retirements, the actual result turned out to be nearly 10 times higher.

Even after the Supreme Court ultimately found that EPA had adopted MATS without appropriate consideration of costs, the damage had been done. The short lead time required to come into compliance with the regulation had already passed, and many plant operators had already made the decision to shut down coal-fueled plants rather than incur the extraordinary costs of installing technology that made their plants less efficient. The ramifications from the rule continue to reverberate.

The regulatory onslaught launched on coal during the previous administration might be over but the road to undoing the damage continues. The EPA’s action last week, under the direction of Administrator Wheeler, returns balance to rulemaking, putting honest accounting back where it should have been in the first place. As much as critics might try to paint a return to appropriate cost benefit analysis as some kind of rollback, there’s no fudging the numbers this time.

Affordability, Reliability and Balance Matter More Now than Ever 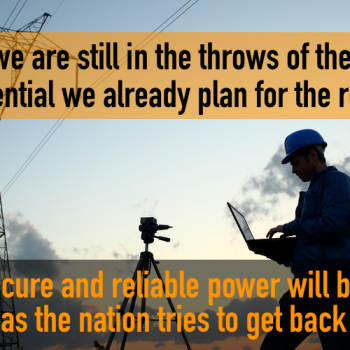