The agency’s action rights a longstanding abuse of regulatory power. The 2012 MATS rule was a pivotal, destructive and illegal assault on the coal industry that was ultimately struck down by the Supreme Court – but only after the compliance deadline had already passed. While the coal-fueled plants that were forced out of operation by this illegal rule can’t be resurrected, it’s an important lesson for the future. No rule should be justified on co-benefits alone, and regulation should never be used as a weapon to manipulate the energy market. We’re pleased to see this return to reason from the EPA and hope it sets the standard for a more balanced approach in the future.

In proposing the 2012 MATS rule, the agency suppressed the real costs of the rule – $9.6 billion annually – while double-counting potential benefits, which were just $4-$6 million. Half the costs—more than $5 billion per year—were associated with controlling non-mercury emissions that EPA admitted did not pose any health threat. While EPA predicted that the MATS rule would result in less than 5 gigawatts (GW) of coal retirements, the actual result turned out to be nearly 10 times higher.

After legal challenges, the Supreme Court ultimately found that EPA had adopted MATS without appropriate consideration of costs, and therefore reversed and remanded the decision of the D.C. Circuit Court. By that time, however, the short lead time required to come into compliance with the unlawful regulation had already passed, and many plant operators had already made the decision to shut down coal-fueled plants rather than incur the extraordinary costs of installing technology that made their plants less efficient.

Importantly, today’s action does not change the standard itself, as environmental groups have erroneously claimed. 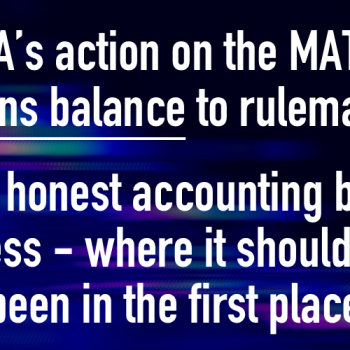