Advocates say wind and solar are growing more affordable, and are cheaper than natural gas or coal. But much of their advantage actually stems from significant taxpayer support. And without such hefty subsidies, a different picture emerges.

The Federal Energy Regulatory Commission (FERC), which regulates the sale of electricity in the U.S., recently decided to address the way that wind and solar are impacting America’s power sector.

It expanded something called the Minimum Offer Price Rule (MOPR). And it did so in the largest electricity market in the nation – PJM Interconnection, which serves 65 million customers in 13 states and the District of Columbia.

FERC’s decision tells us a lot about the state of electricity in the U.S. The agency acted because it believes that the same subsidies that once helped to launch the wind and solar boom are now upending and overwhelming the nation’s electricity markets.

Why did FERC act? Twenty-nine states and the District of Columbia follow “renewable portfolio standards” that mandate a certain percentage of their electricity must come from renewable sources.

These requirements mean that taxpayer money is used to reduce the cost of electricity from wind and solar systems.

While these subsidies were once marginal, they’ve now snowballed – and have pushed large, baseload power plants out of the marketplace.

Key coal plants, for example, have been going out of business in the face of artificially low wind and solar prices. Some cheer this, but it’s now driving a potential grid reliability problem.

Essentially, there are competing considerations. Wind and solar only generate electricity under ideal weather conditions. And natural gas power plants depend on continuous delivery of natural gas across thousands of miles of pipelines. Conversely, coal plants are uniquely able to store months of fuel on site, and to continuously generate 24/7 electricity for millions of customers. Yet they’re now disappearing from the grid.

Critics of FERC’s decision see it as a roadblock to wind and solar, or an obstacle to emissions reductions.

But the tens of billions of taxpayer dollars spent on renewable subsidies have hardly produced promising results. That’s because, even with falling coal generation, U.S. carbon emissions actually increased in 2018. And global emissions grew even faster.

FERC’s order aims to achieve a more level playing field for America’s power sector. If wind and solar power are indeed growing cheaper, they should be able to compete on their own merits.

FERC’s decision can help to restore market competition and produce the best results for America’s consumers.

The Important Difference Between Capacity and Security 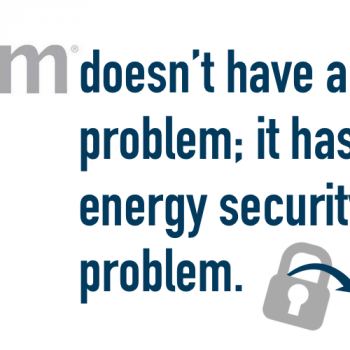