What’s scarier than a Stephen Strasburg curveball? Ask the Houston Astros and they’d probably say, “not much.”

But Halloween’s imminent arrival means a different kind of scary. If there’s a constant about what scares us, it’s the dark. Watch most – if not all – scary or post-apocalyptic films and the first thing to go always seems to be the power. There in the darkness, minds begin to play tricks. Just what lurks beyond the cone of the flashlight or the flicker of the candle? The dark cold unsettles us while the warmth of light calms. There’s a pretty good reason it was Night, not morning, of the Living Dead.

Watching a scary movie might be one of the few times we don’t take our on-demand power for granted. No kid – or parent – heading down to the basement after a bone-chilling scary movie hasn’t thanked the heavens the lights come on at the flick of the switch.

But ghouls and goblins aside, the reliable delivery of electricity matters. In fact, it has never mattered more. Our world comes to a screeching halt when the power goes out. It’s not just an inconvenience; it stops commerce in its tracks, and it threatens lives. The combination of a loss of power and bitter cold or boiling heat can be deadly. It’s all the more reason energy policy and the decisions we make about our grid can’t miss.

As coal plants are pushed off the grid, replaced with less reliable alternatives, there’s good reason to think utilities, regulators and policymakers aren’t hitting their target. The foundation for what has long served us so well is eroding. We are sliding, at increasing speed, into an energy security and reliability crisis of our own design.

Our increasing reliance on just-in-time fuel delivery, whether from renewable sources of power or an over-stretched pipeline system, means that the fuel-security that was for so long baked into our power mix is nearly gone. Recently, 70 percent of the nation’s power came from fuel-secure generation (those plants with weeks, even months of fuel on-site); by next year, it will be just 30 percent. We are losing coal plants without understanding what their loss will mean for the strength of our electricity system. There are of course clues and warnings, but they have so far gone unheeded.

Consider how irreplaceably important coal generation has been during bitter cold. In the PJM region – the nation’s largest wholesale electricity market serving 65 million Americans – polar vortexes have pushed the system to its breaking point. When extreme cold descends, natural gas supplies, and pipeline capacity, are prioritized for home heating. What that has meant is that a considerable number of natural gas power plants can’t get the fuel they need to run. In fact, during the 2014 polar vortex, PJM found that 23 percent of the total generator outages (9,300 MW) were due to interruptions of natural gas supply.

In January of 2018, when extreme cold descended on the eastern part of the country, fuel-secure coal plants came to the rescue again. As electricity demand soared, coal plants supplied 57 percent of the increased generation over the previous month.

And early this year, in the Midwest, when the polar vortex sunk temperatures to zero and below, coal generation proved essential in keeping the power on and homes warm. In a matter of hours, wind generation went from providing nearly half of electricity demand in some states to next to nothing. Not only did the extreme cold come with reduced wind, but it got so cold many turbines had to be shut down so that their gears wouldn’t break. While wind power faltered when it was needed most, coal plants were able to ramp up their generation to fill the gaps.

There are countless other examples that reinforce the importance of fuel-secure coal generation to a balanced electricity mix. Time and again, our grid has maintained its reliability because of the optionality provided by a diverse mix of fuel sources. That optionality and fuel-security is now hanging on by a thread.

Many of the coal plants that came to the rescue in 2014 are already gone. Much of the coal capacity that filled the gaps when natural gas supplies weren’t available in 2018, or when wind turbines shut down earlier this year, are facing early retirement not because they aren’t needed but because electricity markets have no mechanism to properly value the resilience and reliability they provide to the grid. The reliability crisis is here. That eerie music that foreshadows the climax of terror in every horror movie is now reaching a crescendo. Are regulators listening? 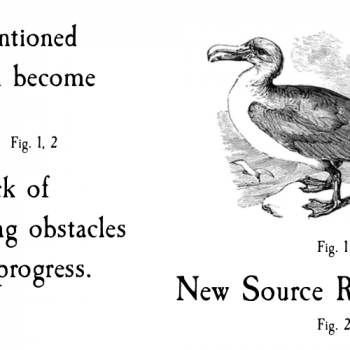