According to the National Oceanic and Atmospheric Administration (NOAA), July was the hottest month on record across the globe, with severe heat waves in Europe, Africa and parts of the United States boosting the overall average temperature. Alaska recorded its hottest July since record keeping began in 1925.

Not surprisingly, when temperatures rise, the demand for electricity grows — mainly for air-conditioning. In Texas, where life would be unbearable without cooling, the power grid has been stretched to the limit. On at least a dozen hot afternoons this summer, the state’s grid operator, ERCOT (Electric Reliability Council of Texas), has requested the utilities delivering power to ask their customers to voluntarily reduce consumption. Twice in early August, ERCOT declared Energy Emergency Alerts when reserves dipped below 10% with 5.2 gigawatts of power offline for maintenance.

Why is this happening? It is not only the hot weather that is stressing the power grid. A growing population, heavy reliance on wind and a lack of investment in base-load generation are also contributing to the strain.

Unlike most other states, the demand for power is growing steadily in Texas, thanks to the continuing influx of people and businesses as well as our booming energy industry (we sometimes forget that it takes energy to make energy). However, investment in new natural gas plants has lagged, while several large coal plants with nearly five gigawatts of capacity have recently been shuttered.

At the same time,  in part due to federal and state tax incentives, investment has poured into renewables. Texas now has more installed wind generation — nearly 25 gigawatts — than California, Iowa and Oklahoma combined.

Relying on wind for nearly one-quarter of Texas’ electricity poses serious reliability issues for the power grid. Access to inexpensive wind power is great when the wind is blowing. However, often in the late afternoons of July and August, when demand for electricity surges, the wind dies down in West Texas, where most of the turbines are installed. That is why maintaining a healthy reserve margin with base-load capacity — coal, nuclear and large gas plants — is so important.

Despite the huge growth in wind power, coal and nuclear still account for 32% of Texas’ generation capacity while natural gas is dominant at 45%.  But in our deregulated “energy-only” price environment, power companies are literally rolling the dice when they invest in new base-load generation. Because of cheap natural gas, wholesale prices are often too low to cover the costs of base-load power plant operations. For example, Panda Temple Power, a relatively new 758-megawatt gas-fired, combined-cycle power plant, filed for bankruptcy in 2017 because it could not generate enough cash to service its debt.

ERCOT did double the wholesale price cap from $4,500- to $9,000-per-megawatt-hour some years ago in the belief this would induce more power plant investment. However, that has not happened. In some states with deregulated power markets, base-load plants are allowed to include a “capacity payment” or “resiliency charge” in addition to the energy charge to recapture part of their fixed costs. ERCOT should adopt similar policies to help keep coal and nuclear plants, as well as large natural gas plants, on the power grid.

With Texas’ population projected to grow twice as fast as the nation’s for the foreseeable future, demand for power will grow in lockstep. Indeed, ERCOT estimates we will need at least 100 gigawatts of new power over the next 15 years to keep up with anticipated demand. Not all of those electrons can come from windmills and solar farms.

To ensure long-term grid resiliency for our fast-growing economy, ERCOT needs to adopt a pricing mechanism, such as a capacity charge, that acknowledges the value of base-load power plants. 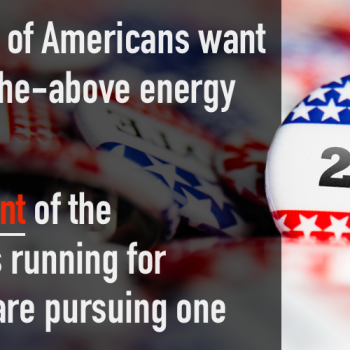