The 23rd Bluefield Coal Show opened Wednesday morning with CONSOL Energy President and CEO Jimmy Brock bringing a message that the coal industry will continue to see better days ahead.

Brock was the keynote speaker at the traditional Media and Exhibitor Appreciation Breakfast and afterwards helped cut the ribbon for the official opening of the show.

“What a pleasure to come back to see many of my old friends that I worked down here with for years,” Brock said, adding that he was also excited to see the vendors and suppliers that are critically important to the coal industry as it moves forward.

The industry has heard bad news for many years, he said, but “I am here to tell you it’s not all bad,” and he outlined not only the opening of new mines in the country but also an overall view of why coal continues to be needed and will always be a part of the electric grid as well as in the manufacturing of products.

“There is a lot of discussions in the media about coal these days,” he said. “It’s very negative and many are saying it’s a dying industry and many are wanting to provide ways to make sure it is.”

But that is not the case in reality, he said, adding that the need for coal has actually been expanding globally, providing a relatively inexpensive source of energy for many growing countries and opportunities here for exports.

“Coal is still the lowest-cost fuel on our electrical grid,” he said, showing charts that demonstrate the global use of coal and how it is growing. “Coal is the most valuable of mining commodities. This is not a cottage industry that will go away. You are not going to replace the scale of coal, an 8 billion-ton (annually) industry.”

Brock said many may be talking about the demise of coal, “but it is totally untrue,” detailing the global growth of coal used as a source to generate electricity and the new plants under construction or planned, especially in China and India.

“Coal will be more valuable going forward,” he said, adding that it provides countries with access to affordable energy providing a boost to their economies and quality of life.

But that has not been the case in this country.

The demand is there overseas, he said, but some forces in the U.S. are hurting the market here.

“Domestically, coal is under pressure from natural gas, but that could be changing,” he said. “We are already seeing coal playing a more important role when it comes to resiliency and stability.”

Brock said natural gas will not stay cheap forever and is seeing impediments to the supply side.

Gas production has increased, he said, driving prices lower, but various challenges on the supply side may change that.

Investors in the gas industry are concerned and calling for a higher rate of return on their investments, he said, as profit margins have not met expectations.

Brock said the natural gas industry also has about $150 billion in debt coming due over the next three to four years.

“How do you as a consumer of electricity feel about basing your future on an industry whose sustainability is being questioned by their own shareholders?” he asked.

Providing natural gas has also become an issue, he said, pointing to the delays in construction of the Atlantic Coast Pipeline (ACP) and the Mountain Valley Pipeline (MVP), both starting in West Virginia.

“There are not just delays from FERC (Federal Energy Regulatory Commission) or the states (regulatory agencies) but also from environmentalists and people who want to stop the construction of pipelines, so you can expect more delays,” he said, adding that permitting processes are also “getting very challenging.”

Both pipelines have been hindered by protesters and ongoing court challenges.

The ACP is already two years behind schedule, he added, and the MVP at least a year as the costs to install each have soared.

Brock said the gas cannot be delivered without the pipelines.

Regulations have hurt the coal industry as well.

“The reason we have conflicting trends in the U.S. is regulations,” he said. “Due to the onslaught of regulations and subsidies for renewables, it has restricted innovation … domestic coal is struggling to compete.”

Brock said coal has been targeted because of emissions, but the most prolific polluter is not coal, but transportation.

“If you really believe in man-made climate change, your first target should be transportation and not electric utilities,” he said, suggesting that states like California and Massachusetts (anti-coal states with high electric bills) should require families to have only one car and for people to walk to work.

Brock said the use of coal in the U.S. accounts for only 3.2 percent of global Co2 (carbon dioxide) emissions.

Not only that, a transition to 100 percent renewable energy in this country would require a $4.5 trillion investment over the next 10 to 20 years, he said.

He is not against natural gas, he added, and all energy sources including renewables should be used, but be able to compete on a level playing field and without subsidies.

The cost of delivering coal has remained steady, he added, while the delivery of natural gas and other fuels has increased.

With the future of coal looking brighter, Brock said that’s one reason his company will soon open a new mine in Wyoming County.

“We are excited about coming back to West Virginia and be in the mining community,” he said, adding that coal is also used in the manufacture of many products and that demand will continue.

“The most important opportunity for all of us here is to communicate the message of coal as a vital part of energy,” he said, adding that the industry is being responsible and always looking at safety, improving productivity and new technology.

Brock also said that coal is important related to national security, especially remembering Sept. 11 and the attack on the U.S. by terrorists.

Coal reserves provide a stable source of energy if needed during a crisis, he said.

Brock said it’s a challenging time to be a part of the coal industry as well as exciting.

“I know all of our suppliers and vendors here are working diligently to make our industry more competitive, to make us safer, to introduce new technology and automation…and help this industry survive,” he said. “I believe it will survive because of the people… like the ones here today. When we communicate our message out there, we have to be factual in what we are saying, we have to have safety and environmental stewardship in the forefront of everything we do, and we have to be willing to change…”

“The first day of the show is always an exciting day,” said Bill Reid, emcee of the breakfast and publisher of Coal News Inc. and the online industry website Coal Zoom. “We are expecting around 7,000 people to the Bluefield Coal Show, but there is one important person missing.”

That person is Charlie Peters, he said, who started the show in 1976. Peters passed away in May 2018.

“What a man, what a legacy,” he said of Peters. “The best compliment that we can pay a person is that they lived their life as an example for the rest of us. He has done that, top-notch with his family, top-notch with his business, a very good businessman and he was a mentor for many of us in our company.”

Community service was also important to him, and his vision to start the coal show in 1976 was “amazing.”

Ramsey said the chamber is honoring Peters in many ways and for the first time, a company will receive the Charlie A. Peters Excellence in Business Award at the show, an honor that will always now be a part of every show.

The inaugural winner is AMRPEMCO of Bluefield, Va.

The company has been a part of every show, he said, especially with setting up power sources and dedicating a lot of people to the show.

“We don’t know how to thank them enough,” he said.

“Certainly we are very honored to receive the award,” David Graf said. “It’s really more reflective of PEMCO’s service to the coal show over the years. Mr. Peters used to sit on the board of PEMCO.”

Not only has the company been a loyal attendee, a fixture at every show, it’s also provided the power and distribution equipment, he said.

“We couldn’t be happier to be recognized,” he said. “We are very pleased.”

Both Reid and Ramsey also praised the chamber staff and all the volunteers who help with the show. 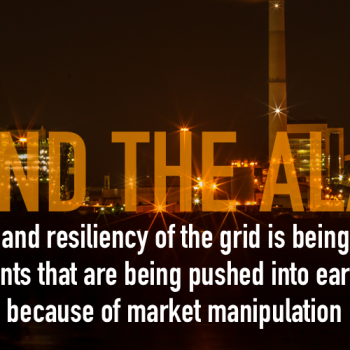