Wholesale electricity markets are coming undone. They have been compromised by an ever-expanding accumulation of state mandates and subsidies that have turned any semblance of traditional competition on its head.

What began as modest state policies initially intended to give emerging variable resources a jumpstart have now become an epidemic. Instead of just a nudge to get wind and solar power going, they have turned into the decisive elements in the marketplace.

Their price tag has been largely hidden, tucked away in integration costs that seem to have a way of sliding off the back of wind and solar power. While consumers may be unaware of these costs, they are real and growing. They include additional transmission costs needed to connect wind and solar power to areas of demand, the backup power needed to backstop intermittency, reduced efficiency for existing power plants, as well as stranded asset costs when existing, well-operating power plants are closed to accommodate new and more expensive alternatives.

Putting an exact price tag on these hidden costs is exceedingly difficult but consider the impact on transmission costs. Brian Murray, Director of the Duke University Energy Initiative, recently observed that between 2012 and 2017, when non-hydro renewables generation grew by 77 percent, transmission costs rose by 50 percent. Moving wind and solar power – particularly wind power largely concentrated in the wind-swept Great Plains – to population centers is a hugely expensive enterprise. Just one such effort to connect wind generation in the Texas’ panhandle to cities in the middle of the state cost $7 billion.

It’s largely because of these hidden costs that researchers at the University of Chicago concluded earlier this year that customers in the 29 states with renewable portfolio standards paid 11 percent more for electricity in the first seven years after the implementation of these policies and 17 percent more after 12 years. Despite falling prices for solar panels and the adoption of more efficient wind turbines, the costs to consumers of integrating these variable sources of power are only going up just as the cumulative weight of these mandates and subsidies grows more disruptive to markets.

The mandate, subsidy and countermeasure epidemic has forced the Federal Energy Regulatory Commission (FERC) to assess the threat it poses to the integrity of market designs and to grid reliability and resiliency.

FERC Chairman Neil Chatterjee recently told E&E News that, while he believes fundamentally in states’ rights and the ability of states to make decisions about their energy futures, he is also deeply focused on making sure markets succeed. He said, “And the reality is there [are] states that are taking actions that are having a distortive impact on the markets and are impacting other states who, you know, are part of that compact agreement to work in these markets. It’s just a difficult question that we have to tackle.”

The pending PJM Minimum Offer Price Rule (MOPR) is the right place to start in tackling the undue impact of out-of-market support for select resources. Excluding sources of power receiving distortive subsidies from capacity markets will go a long way towards leveling the playing field, restoring integrity to wholesale markets and addressing the ever-more alarming threat to grid reliability and resiliency posed by the loss of essential coal capacity. Wholesale markets are teetering on the edge. It’s past time for decisive action to ensure they can succeed. 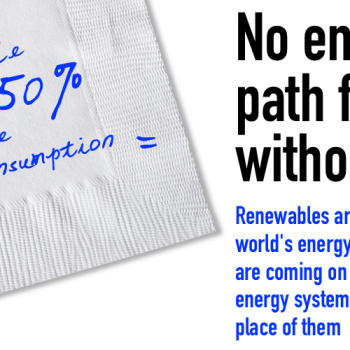