Houston has recorded a half-dozen 95 degree-plus days so far this summer, and we’re weeks away from August, the hottest month of the year. Last year, the second hottest on record in Texas, included a 10-day stretch of triple-digit temperatures.

Which raises a question. Is the Texas power grid, managed by the Electric Reliability Council of Texas, up to the task of keeping the lights on and the air conditioners humming? Today, total installed generation capacity is about 78.6 gigawatts while ERCOT is predicting peak demand this summer of 74.9 gigawatts. That leaves a very small reserve margin. Should several large power plants go offline for maintenance or a broken gas line, we will likely see brownouts or blackouts.

Unlike most other states, the demand for power is growing steadily in Texas, thanks to the continuing influx of people and businesses as well as our booming energy industry. (We sometimes forget that it takes energy to make energy). However, investment in new natural-gas plants has lagged. In addition, several large coal plants have recently been shuttered, which means the loss of nearly five gigawatts of capacity.

At the same time, thanks in part to federal and state tax incentives, investment has poured into renewables. Texas now has more installed wind generation — nearly 25 gigawatts — than California, Iowa and Oklahoma combined.

Relying on wind for nearly one-third of Texas’ electricity poses serious reliability issues to the power grid. Access to inexpensive wind power is great when the wind is blowing. But often in the late afternoons of July and August, when demand for power is strongest, the wind dies down in West Texas, where most of the turbines are installed. That is why it’s so important to maintain a healthy reserve margin with baseload plants, which supply electricity continuously. Texas needs coal, nuclear, and large gas plants.

Despite the huge growth in renewables, coal and nuclear still account for 36 percent of Texas’ generation capacity, while natural gas is dominant at 52 percent. However, in our deregulated “energy only” price environment, power companies are rolling the dice if they invest in new baseload generation. Because of cheap natural gas, wholesale power prices are often too low to justify, or even sustain, such investments. For example, Panda Temple Power, a relatively new 758-megawatt gas-fired, combined-cycle power plant, filed for bankruptcy in 2017 because it could not generate enough cash to service its debt.

Texas is not the only state dealing with grid reliability. California, New England and New York are also struggling to keep the lights on due to the retirement of baseload generating plants. What is needed in Texas, and other states, are rate structures that acknowledge the value of baseloadpower to grid reliability.

What We Don’t Know Can Hurt Us 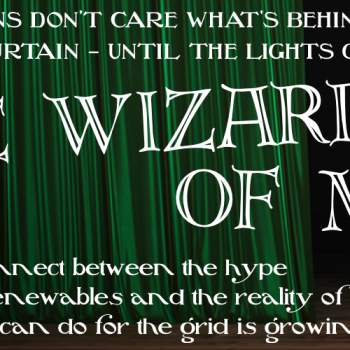