Via The Southern Illinoisan:

No matter the weather, or the time of day, we flip a switch and expect the lights to go on. But something troubling is emerging in parts of the country — state power grids that could actually fail this summer, during periods of peak demand.

Is it possible that, when Americans switch on their air conditioner, the electricity could go out? At a meeting in Washington last month, Jim Robb, the CEO of the North American Electric Reliability Corp., told industry analysts that backup power reserves in Texas are now stretched to the limit. Robb explained that Texas faces a grim prospect, and there’s “no way in hell they can keep the lights on.” He added that natural gas shortages in New England are taxing power supplies there as well, and the regional grid operator “constantly finds another rabbit to pull out of his hat to keep the lights on.”

It’s not just Texas and New England, though. California’s power grid is also facing problems, thanks to a new emphasis on solar power at a time of strained natural gas supplies.

Why the unexpected challenges in delivering electricity? Texas offers a good example. The Lone Star State been closing coal-fired power plants in recent years — and retired 5,000 megawatts of coal-fired generation in 2018 alone. At the same time, Texas has invested heavily in wind turbines. In 2017, wind turbines produced about 14 percent of state electricity.

The problem for Texas, however, is that wind production has proven to be erratic. In March, for example, state electricity demand peaked during a stretch of unexpectedly cold weather. But needed wind generation simply didn’t materialize, and Texas wind turbines delivered only 16 percent of their average output. As a result, spot electricity prices in northern Texas jumped 700 percent during a period of high demand.

The loss of reliable coal generation, and its replacement with hit-and-miss wind production, has drastically trimmed Texas’ reserve power margin. The North American Electric Reliability Corporation (NERC) reports that Texas has a razor-thin reserve margin of 8.5 percent to handle peak electricity demand this summer, significantly below the target level of 13.75 percent. This means unexpectedly high heat and high demand, or the loss of generating capacity, could push the state’s grid into an emergency.

Similarly, California’s natural gas supplies have fallen in the wake of a 2015 leak at its Aliso Canyon storage facility. Although the state needs more gas pipelines to ensure back-up fuel for power plants, policymakers remain focused on expanding the state’s solar capacity. However, a study by Wood Mackenzie found that California’s changing electricity profile, combined with insufficient natural gas capacity, could lead to power shortages after sunset — when solar can’t deliver power. In order to plug such holes, California will need to invest at least $12 billion on nearly 15,000 megawatts of 4-hour battery storage.

What all of this tells us is that a rapid jump into renewable energy invites unexpected consequences. Coal and nuclear power have been demonized over the past decade, even though they generate large volumes of non-stop, reliable electricity. Replacing them with natural gas — which depends on continuous fuel supplies from lengthy pipeline networks — assumes that sufficient gas will always be available across the nation. There’s also the increased reliance on wind and solar, which remain intermittent suppliers of electricity.

These are the challenges that states must solve in order to prevent blackouts that could be avoided. 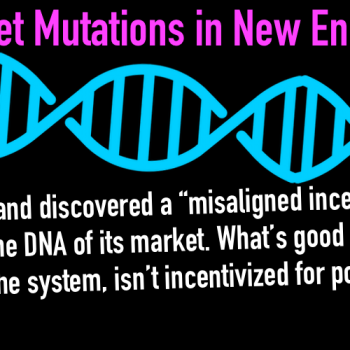