As the United States enters a long era of reducing carbon emissions, we are obliged to make the best possible use of all energy sources – it will not be confined to renewables — through an increased program of efficiency that will lead to greater economic strength.

Electric utilities, for example, can adopt improvements in heat rate efficiency that could enable a coal power plant to generate the same amount of electricity from less fuel and decrease carbon emissions.  A study by the National Energy Technology Laboratory shows that the overall efficiency of U.S. coal plants could be raised from 32% to 36%, resulting in an overall reduction in carbon emissions of 175 million metric tons per year.  Such improvements don’t require new clean-coal technology or mean high costs, since the top 10% of power plants in the U.S. coal fleet already operate at 36% efficiency.

But the Obama Administration’s Clean Power Plan would have pushed aside coal in favor of alternative energy sources – and that was a serious mistake. Despite the shutdown of many coal plants, coal still accounts for nearly 30% of U.S. electricity production and 40% globally.  With improvements in heat rate efficiency, carbon emissions could be reduced relatively easily in countries that burn large amounts of coal, if the U.S. were to take the lead in advocating a reform that would help the environment and increase industrial efficiency.

The Trump administration has stepped in to rectify this situation, recognizing that the Clean Power Plan would have the perverse effect of keeping older coal plants from being modernized.  Instead, the administration has enacted a sensible policy – known as the Affordable Clean Energy rule –that would reduce carbon emissions, limit regulatory intrusion, promote economic growth, and allow older plants to keep operating as they adopt improved, more efficient technology.  The rule identifies heat rate improvements as the “best system of emission reduction” of carbon.

The idea of using improvements that can be made at individual power plants to correct a problem like carbon emissions is an old one with wide support among economists.  But this is the perfect time to address the dangerous threat of climate change.

Instead of burdening households and businesses with high costs, the administration’s approach leans on proven, cost-effective technology to pursue emissions reductions without compromising the affordability of the nation’s electricity supply.

This is a balanced approach using practical technologies in which real headway is possible in the effort to reduce carbon emissions and maintain a livable environment. 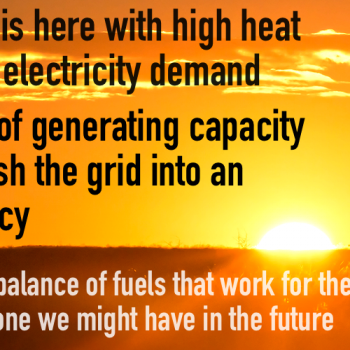 Trillions with a “T” 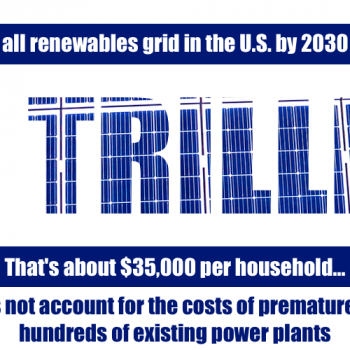