Don’t rule the coal industry out as an economic force in Pennsylvania just yet.

A new study — conducted by the Allegheny Conference on Community Development and commissioned by the Pennsylvania Coal Alliance — found that coal mining accounts for nearly $7 billion in economic activity in the state, including $4.6 billion directly from mining and $2.27 billion from indirect and induced contributions.

The study looked at the annual impact the coal industry has on Pennsylvania’s economy, using 2017 as a baseline year.

The state’s coal industry generated 17,770 jobs in 2017, including 6,000 directly tied to mining activity and 11,000 related to the supply chain and support services, the study said.

Despite a downward trend because of competition from natural gas, coal remains a significant source of energy in Pennsylvania and the U.S., the study said.

Of the 47.2 million tons of bituminous coal produced in Pennsylvania in 2017, 58% was used for electric power generation. What’s more, Pennsylvania coal was shipped to 23 states.

“This study confirms that Pennsylvania-mined coal continues to make valuable contributions to the state’s economy through its hard-working people,” PCA Executive Director Rachel Gleason said. “Equally important is the fact that many of those jobs and the economic ripple they create through the purchase of local goods and services are found in smaller communities.”

The study was completed using data from federal and state government sources, noting the industry produced 49 million tons of coal during the period, with exports of bituminous coal increasing 117 percent over 2016 levels.

Acknowledging the growth in natural gas, Gleason said coal constitutes 29% of the electric power portfolio in the PJM Interconnection grid — 13 states, plus Washington, D.C. — and 20% of the portfolio within the state of Pennsylvania.

After a decade of declines, coal production has stabilized and is expected to remain steady for several years, Gleason said, citing the international demand for metallurgical coal and increased stability in the thermal coal markets.

“The retirements Pennsylvania has experienced with some coal-burning power plants has slowed down greatly, and the remaining facilities are operating efficiently and equipped with advanced air-emission control systems,” Gleason said. “This is expected to translate into more consistent demand for Pennsylvania’s thermal coal.”

Coal mines in Somerset, Cambria and Indiana counties are known for their metallurgical coal, which is used to make the coke that fuels steel mills.

Canonsburg-based Corsa Coal Corp. in June 2017 opened the Acosta Deep Mine in Jenner Township, Somerset County, to much fanfare, including a congratulatory call from President Trump. The mine is expected to produce 400,000 saleable tons of metallurgical coal per year.

This month, Johnstown-­based LCT Energy LP announced that it is hiring and planning to go into full production for the Rustic Ridge Mine near Donegal. The mine, which straddles the Westmoreland County-Fayette County line, will be developed for metallurgical coal. 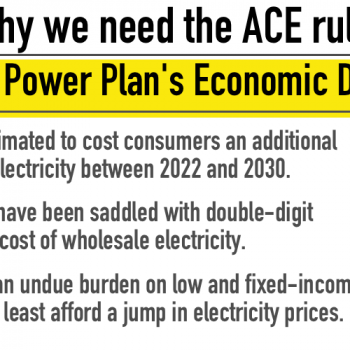