Via The Waco Tribune-Herald:

Texas is once again at the center of America’s energy sector, thanks to emerging trends in both natural gas production and renewable energy. Not only does Texas lead the nation in both crude oil and natural gas production, but it also generates more renewable electricity than any other state. At the same time, however, Texas is rapidly transforming its electric grid. And that transition — to a greater reliance on weather-dependent and on-demand systems — could have serious consequences for reliable and affordable power statewide.

Texas’ electricity sector has undoubtedly become the envy of the nation, as it produces almost twice as much power as its nearest competitor, Florida. Part of that success comes from Texas leading the nation in wind-powered generation. In 2017, Texas produced one-fourth of total U.S. wind-generated electricity. And since 2014, Texas wind turbines have produced more electricity than the state’s two nuclear power plants.

This sounds impressive. But there may be trouble ahead. The Electric Reliability Council of Texas (ERCOT) forecasts a tight margin for the state’s electricity use this summer. Peak demand could hit a new record — and potentially spur an Energy Emergency Alert needed to maintain grid reliability.

ERCOT predicts peak summer demand of roughly 75,000 megawatts — 1,300 megawatts more than the previous peak set last July. And all of that would be drawn from a grid with a total capacity of about 79,000 megawatts. Ideally, this leaves the state with some margin for error. But two conflicting trends are coming into play. First, ERCOT sees continuing, “above-normal” growth in electricity demand through 2022. Second, Texas’ wind production has proven to be surprisingly erratic at times when the state was relying on its output.

All of this comes at the same time that many of the state’s coal-fired power plants are being retired. In 2017, coal supplied about 30 percent of the state’s electricity generation. A year later, that number had fallen to 25 percent. Natural gas has expanded rapidly, though, and now exceeds 50 percent of net generation. Wind turbines provide an additional 16 percent.

It’s a significant transition, with more than 5,000 megawatts of coal-fired generating capacity retired in 2018 alone. It’s the pace of this change that’s disconcerting. Some ask if a host of subsidies for wind turbines has contributed to “increased price volatility” and “market distortions.” In fact, bills left languishing in the Texas House and Senate would have ordered a study of the impact of renewable energy subsidies on the Texas power grid. The bill’s proponents believed that grid reliability is being adversely affected by the current federal wind production tax credit (PTC) of $23-per-megawatt hour.

ERCOT now projects that Texas’ reserve power margin this summer will be only 7.4 percent. That’s roughly half the target margin of 13.75 percent set by the Public Utility Commission of Texas. Will Texas have enough electricity this summer? In the face of rapidly rising energy demand, it would be unwise to further reduce coal-fired generation without establishing secure alternatives. 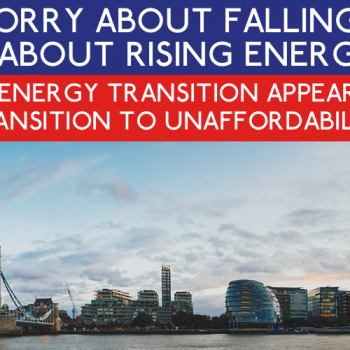