When the Electricity Market Is the Problem

When the Electricity Market Is the Problem

“Allow the market to work” has been the catchphrase rebuttal whenever it’s suggested that the accelerating loss of America’s baseload, fuel-secure power plants threatens power grid reliability. Renewable and natural gas advocates have sung it from the rooftops. What their dismissal assumes — what their unshakeable faith in the market assumes — is that everything is working to ensure grid reliability.

But, what if it’s not? What if wholesale market architecture is completely ill-equipped to ensure reliability as the grid increasingly leans upon technologies that rely on just-in-time fuel delivery? Unfortunately, that appears to be precisely the finding of a new reporton energy security from ISO New England, the regional power grid operator for New England.

The authors of the study found that an increased reliance on natural gas, wind and solar power presents new challenges. These challenges are only expected to grow as additional renewable capacity is added to the grid. And the market system in its current form isn’t up to meeting them.

The authors identified a “misaligned incentives problem” in the very DNA of the market design. They explain, “The bottom line is that investing in more robust energy supply (e.g., fuel) arrangements may often be beneficial and cost-effective for the system, but not financially viable for individual generators in today’s energy market construct.”

It’s an amazing — if unsurprising — finding. The market is constructed in such a way that ensuring the reliability of the system — and maintaining affordable, reliable and resilient power for consumers — isn’t financially attractive or incentivized for power producers. Could the same be true in other markets? Almost certainly.

New England, to a certain degree, has its hands tied in how it responds to this challenge. Fuel-secure, dispatchable coal generation, which continues to buttress reliability and resilience for much of the rest of the nation, is all but gone in the Northeast. When energy supplies run low, when natural gas pipeline capacity can’t keep up with demand, and when weather conditions limit the power output of renewables, generators must turn to fuel oil (often supplied by truck) or liquefied natural gas imports (regularly delivered from Russia) to keep homes warm and the lights on.

Other markets still have the dispatchable fuel diversity to better handle bitter cold; however, that dispatchable diversity is eroding, with coal plants continuing to be pushed off the grid and into early retirement. Baseload, fuel-secure generation isn’t being valued as it should. With every month of continued foot-dragging in addressing the problem, the grid grows more vulnerable.

Earlier this year, four utility executives wrote to PJM Interconnection, the market organization that supplies power to 65 million Americans in 13 states and the District of Columbia, pleading for market reform to better value baseload units and the resiliency they provide for the grid. They specifically said that PJM’s incremental efforts to reform pricing in the energy market have fallen short of the “fundamental changes that are needed to support baseload electric generator units over the long-term.” They explained that “PJM has not taken the proactive steps needed to value resiliency attributes, such as fuel security and fuel diversity, of its generating fleet.”

If Secretary of Energy Rick Perry was once out on a limb in declaring his concern over the loss of fuel-secure, baseload power, he’s certainly no longer lonely. The crowd around him — now full of utilities and market experts — can’t be ignored.

Wind, Solar Could Be More Costly Than They Seem 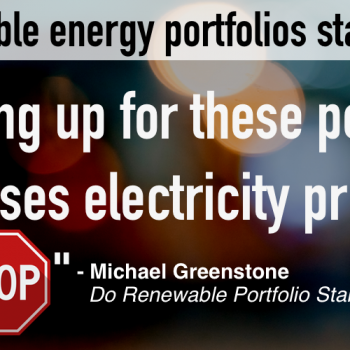