Via The Morning Consult:

An interesting thing is happening in America’s energy markets right now. At the same time that advocates of wind and solar power are pushing to transform the nation’s electricity portfolio, others are warning of danger signs on the horizon. Renewable energy advocates are urging a rapid deployment of wind and solar power. But some analysts caution that the replacement of longstanding coal and nuclear baseload power plants could pose a threat to grid reliability and resilience.

Realistically, it’s the speed of the renewable energy transformation — the very thing that so excites wind and solar proponents — that has others concerned. Pundits like to frame the debate regarding America’s energy future as simply “new vs. old.” But there are valid reasons to question the practicality of rapidly transitioning from dispatchable, on-demand baseload power to the intermittent electricity generated by solar and wind systems.

Overall, the challenge is how to safely integrate these diverse sources of power. It’s a problem that Texas recently experienced firsthand—and something that clean energy advocates must address.

In March, unexpectedly cold weather sent Dallas homeowners scurrying to turn up their thermostats. But as Bloomberg News reported, when power demand began to climb upward, wind generation unexpectedly collapsed. In fact, a scarcity of wind reduced total turbine output in the region to roughly 1.6 gigawatts, far less than the 10 gigawatts typically available there. The result was a power grid suddenly struggling to meet demand, which sent electricity prices soaring by 700 percent.

It was a timely reminder that, despite the best modeling, weather is notoriously unpredictable. And thus, a heavy reliance on wind-driven power invariably carries certain risks.

Texas leads the nation in wind production and produces roughly 25 percent of all U.S. wind-generated electricity. But Texas also has tremendous energy demands. The growing problem for Texas — and for the wider United States — is that heavily optimistic assessments of wind and solar output aren’t being borne out.

Despite their intended benefits, solar and wind power plants simply can’t produce on-demand power on a continuing basis (since the sun doesn’t always shine and the wind doesn’t always blow). And the battery storage that could presumably increase their overall capacity is still in its infancy. In fact, the very best grid-scale batteries currently provide only a few hours of backup service. That’s hardly enough to cover for lengthy periods when uncooperative weather vastly reduces their output.

Despite these shortcomings, wind and solar power still benefit from tremendous government largesse, including state mandates and federal subsidies. Forbes reports that the U.S. spent $11 billion on renewable energy subsidies in 2016 alone. And the Joint Committee on Taxation estimates that in 2018 the production tax credit for wind amounted to $4.8 billion. By vastly underwriting the growth of wind and solar, all of these mandates and tax credits are coming at the expense of the same sturdy, reliable power plants that have long undergirded America’s electricity supply.

As Texas’ recent experience demonstrates, finding a practical balance is critical in managing the adoption of ever-increasing amounts of wind and solar generation. But right now, such a balanced approach appears to be lacking. America’s energy markets should follow a smart middle path, one that fully values reliability and resilience. Otherwise, price spikes, like the one that recently affected Texas residents, could pale in comparison to actual power outages.

Policymakers should consider that providing sufficient electricity each day for 327 million Americans is a heavy lift. It will be critical in future planning to recognize and prioritize a diverse set of electricity systems to maintain secure, reliable power.

A Clear Call for Action on Grid Reliability 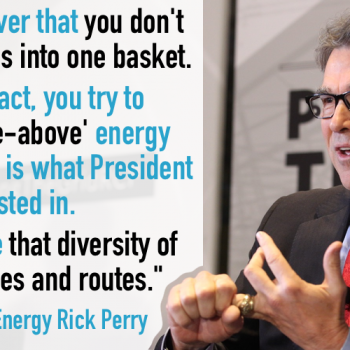 When the Market is the Problem 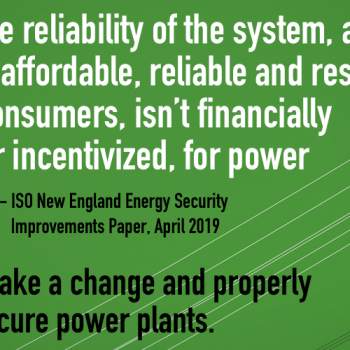