Energy Secretary Rick Perry warned Thursday that a polar vortex descending on the U.S. in the first half of March will be a major test for the nation’s electricity grid from Montana all the way to his home state of Texas.

“This is going to be a really deep, deep polar vortex all the way to my home state that will put a massive test upon our ability to deliver an energy supply to keep our citizens safe,” Perry said at a press conference.

The National Weather Service on Thursday forecast low temperatures from the upper plain states to Arkansas and northern Texas, March 6 to 10.

Perry was explaining the Trump administration’s support for an “all-of-the-above” energy strategy, which includes keeping an adequate number of “baseload” power plants operational to stop a major energy disruption.

“Baseload” is an industry term that is used to refer to any power plant that can supply 24-hour energy, seven days a week. For the administration’s purposes, it has come to mean coal and nuclear power plants. It is an energy category that does not typically include wind or solar, although Perry pointed out that an “all-of-the-above” strategy does include renewables.

“The goal is to have an all-of-the-above energy strategy that, because of its diversity, we’re able to clearly send the message to the citizens of this country that we have an adequate supply of energy,” he added.

Perry employed similar logic in a regulatory proposal he sent to the Federal Energy Regulatory Commission in his early days as secretary. The proposal called for putting in place market-based incentives for coal plants in order to make the grid more resilient against extreme weather events.

FERC unanimously rejected the proposal for lack of evidence, and continued on a much lengthier process to determine if there is justification for enacting similar incentives. That process is still ongoing.

President Trump had been looking for a way to fulfill his promises to the coal industry by trying to find a way to keep the coal-fired power plants open, especially in the wake of Perry’s failure at FERC.

The president had examined using a national security order to direct utilities to keep coal and nuclear power plants open that had been slated to close. But Trump reportedly shelved the plan after White House lawyers found the legal justification for it hard to defend. 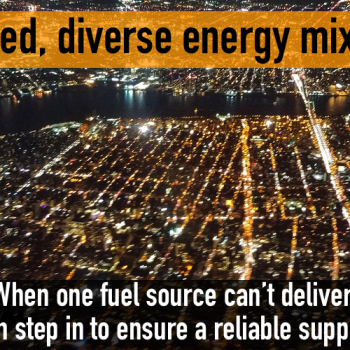 A Most Vital Technology 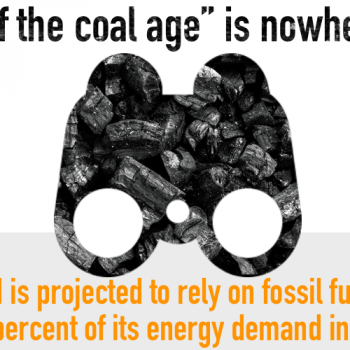