Via The New Hampshire Union Leader:

New Hampshire will soon be home to the only coal-fired power plants left in New England, and the owner of those power plants says they will be burning coal for the foreseeable future.

That’s not good news for environmental groups like the Conservation Law Foundation and Sierra Club, who’d been hoping the sale of Merrimack Station in Bow and Schiller Station in Portsmouth last year by Eversource would be the beginning of the end for the two coal-burners.

When state officials announced in 2016 that they had reached a deal with Eversource to sell off its power generators as part of a decades-long deregulation process, the news was greeted with headlines like “Historic decision in New Hampshire could bring end of coal-fired power plants in New England,” and “New England’s last coal-fired power plants face uncertain futures.”

Tales of their demise, it would appear, were premature. The dynamics of the energy market in New England support keeping the plants in operating condition, even though they only generate electricity during the coldest days of the year, when natural gas that would fuel other power plants is diverted for home heating.

“We’re seasonal and peak-demand generators for grid stability in the New England region,” says Jim Andrews, president of Granite Shore Power, a company that was created by investors for the sole purpose of acquiring the Eversource assets.

You know it’s a really cold day in New England when, driving north or south on Interstate 93, you can see the billowing white steam coming from the tall smokestack at Merrimack Station in Bow.

“The larger units have been running this week, but with the warmer weather coming over the weekend, we are coming off line,” said Andrews after a recent cold snap.

Granite Shore closed the deal with Eversource in January of last year for $175 million, which covered Merrimack and Schiller power plants, along with gas-fired Newington Station and two turbines powered by jet fuel in Groveton and Tamworth that come into play only under the most extreme weather conditions.

The terms of the sale, dictated by the divestiture agreement with the state, require that the new owners continue to operate the properties as power plants for at least 18 months after the closing.

At the time of the sale there was speculation that, facing the cost of growing environmental regulation on coal power, Granite Shore would operate the plants for 18 months as the contract required, and then begin making some changes.

That 18-month period will expire at the end of June, but the plants will continue to operate as needed well beyond that date, according to Andrews.

“The plan is, we have an important role in the overall grid infrastructure and stability within New England, and we intend to continue to do that,” he said.

There is no plan to convert the plants to natural gas because there is no supply line nearby. The closest pipeline to Merrimack Station is on the other side of the Merrimack River.

Nor is there any plan to tear down the plants and make some other use of the properties. The existing interconnections with the power grid are too valuable for the purpose of generating power.

And Granite Shores is undaunted by the prospect of having to spend millions on environmental upgrades as the EPA prepares to issue new rules on the National Pollutant Discharge Elimination System, scheduled to take effect in June of this year.

“We’re prepared to continue to invest in compliance with environmental regulations,” said Andrews. “We will continue to support capital investment as needed in these stations.”

A major reason the plants remain economically viable even though they are not selling electricity into the wholesale market most days of the year is the payments power plant owners receive for promising to be available in the future — so-called “capacity payments.”

The operator of the New England power grid, ISO-NE, stages an annual auction for power plant owners to bid on what they would require per month to guarantee electricity three years down the road, by keeping existing power plants on line or building new ones.

Merrimack Station received payments totaling $50.7 million in 2018, just for being there.

“The Forward Capacity Markets are an important part of the portfolio,” said Andrews. “We continue to bid in our full capacity.”

The only other coal-burning power plant in New England, Bridgeport Harbor Station in Connecticut, is scheduled to close in June 2021, to be replaced by a gas-fired power plant at the same location.

Environmental groups are not giving up the fight for coal-free power in the six-state region.

The Conservation Law Foundation (CLF) and the Sierra Club announced in November plans for a lawsuit against Granite Shore Power and Eversource for alleged violations of the Clean Water Act from discharge at Merrimack Station.

The lawsuit should be filed “in the next couple of weeks,” according to a CLF spokesperson

“Merrimack Station has been endangering the environment and the public’s health for decades,” said Tom Irwin, vice president and director of CLF New Hampshire.

“Not only is this coal-burning plant damaging our climate, it has also dramatically undermined the health of one of our most iconic natural resources, the Merrimack River. It’s time for this damage to finally be addressed.”

Building a Better Future from West Virginia to India 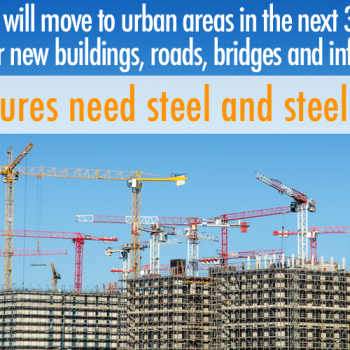