The Environmental Protection Agency (EPA) in 2015 mandated the use of carbon capture and storage (CCS) for any future U.S. coal plants. This effectively blocked the development of new coal units, since CCS is not yet commercially viable.

In effect, the EPA’s decision was another example of federal overreach designed to further limit America’s coal industry.

Fortunately, EPA’s new leadership has reversed course. Under proposed revisions to its New Source Performance Standards, the EPA has dropped the CCS mandate and instead embraced the potential for advanced, commercially available coal technologies.

The move provides a path forward for cutting emissions and maintaining the fuel diversity that underpins the affordability of America’s electricity supply.

The revised EPA standard will encourage new coal plants to adopt “super-critical” and “ultra-supercritical” combustion systems. Such high-efficiency, low-emissions (HELE) technologies use far less coal to generate the same amount of power as older coal plants — and their efficiency gains could translate into major emissions cuts.

The World Coal Association has calculated that improving the efficiency of the global coal fleet from its current average of 33 percent to 40 percent with HELE systems could reduce global carbon dioxide emissions by an amount equivalent to the total annual energy-related emissions of India.

The diversity of current “dispatchable” fuel sources — the systems that can start generating electricity at the flip of a switch — is disappearing. And that should be of great concern.

The U.S. has already shut down more than 46.5 Gigawatts of coal-fired generation since 2011 according to the North American Electric Reliability Corporation (NERC). Another 19 Gigawatts of coal capacity is slated to close in the next decade. Six nuclear units have also been retired since 2012, with 14 more units set to close by 2025.

At the same time, the U.S. is focusing more on natural gas — and the nation’s natural gas power plants are already feeling the strain.

The Department of Energy (DOE) has said that the deep freeze that hit the U.S. in early 2018 significantly increased electricity demand, requiring coal plants to ramp up and provide 55 percent of daily incremental power generation. The DOE says that without the nation’s remaining coal plants, “the eastern United States would have suffered severe electricity shortages, likely leading to widespread blackouts.”

During this deep freeze, natural gas pipelines were spread thin in delivering needed supplies. PJM Interconnection, which oversees electricity for 13 states and the District of Columbia, subsequently reported serious problems. During peak demand on January 7, PJM found that 5,913 Megawatts of natural gas capacity was simply unavailable due to “supply outages.”

And more than 8,000 Megawatts of gas plant capacity was forced to shut down.

A Marketwatch analysis found that the U.S. is currently experiencing a “15-year low in stockpiles,” and Forbes is warning of “historically low gas storage.”

As America’s dependence on natural gas grows, the pain that would come from a significant, sustained rise in gas prices could be severe. It’s critically important to maintain fuel diversity — the ability to switch from one fuel source to another, depending on market conditions.

All of this is ironic since the United States has been the world’s top producer of natural gas since 2009. But natural gas exports are expected to triple by the end of 2019, and prices are already rising steadily. When winter arrived early last month, the price of natural gas rose to the highest level in more than four years.

As America’s dependence on natural gas grows, the pain that would come from a significant, sustained rise in gas prices could be severe. It’s critically important to maintain fuel diversity — the ability to switch from one fuel source to another, depending on market conditions. This is why EPA’s decision to set reasonable standards for new coal plants is so commendable.

Natural gas, coal, nuclear, wind, and solar should all play a part to ensure America has a balanced, affordable, and reliable supply of electricity. 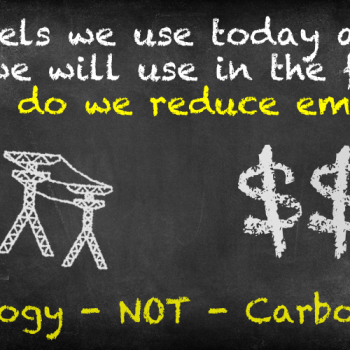